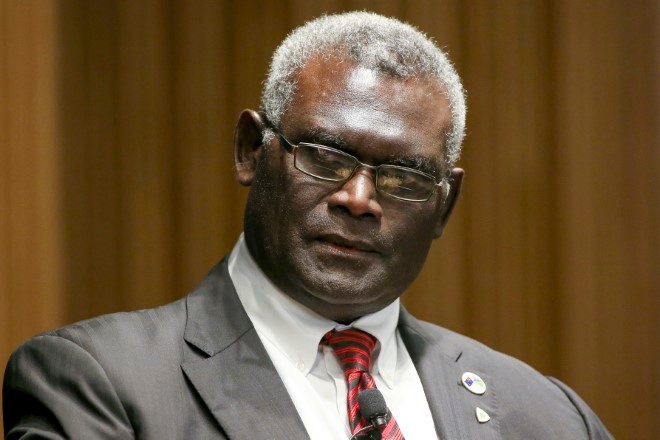 SYDNEY--Solomon Islands Prime Minister Manasseh Sogavare did not attend a weekend dawn service for a key World War Two battle organised by the United States, with local media reporting it as a "snub".

The Solomon Star News said Sogavare was due to give a speech at a memorial service that was attended by U.S. Deputy Secretary of State Wendy Sherman and ministers and officials from Japan, Australia and New Zealand on Sunday, but he did not appear.

Sherman later told a news conference she was sorry that the prime minister had missed a great opportunity to build a new partnership between the United States and Solomon Islands, the Solomon Star News reported on Monday.

Sogavare’s office did not immediately respond to a Reuters request for comment.

Sherman met with Sogavare later on Sunday to discuss U.S. aid programs, a statement from the Prime Minister’s Office said on Monday.

At a ceremony on Monday, Sherman praised the role of Solomon Islanders in assisting the United States in World War Two.

A Japan Maritime Self-Defense Force sailor was stabbed during Monday’s service at Bloody Ridge, a spokesman at the Japanese Embassy in the Solomon Islands confirmed to Reuters.

The motivation for the attack was unknown, the spokesman added.

The Solomon Star News reported a local man was in custody over the attack.

The Solomon Islands struck a security pact with China this year, prompting concern from the United States, Australia, New Zealand, Japan and some neighboring Pacific islands. Honiara and Beijing have denied the pact will allow a military base.