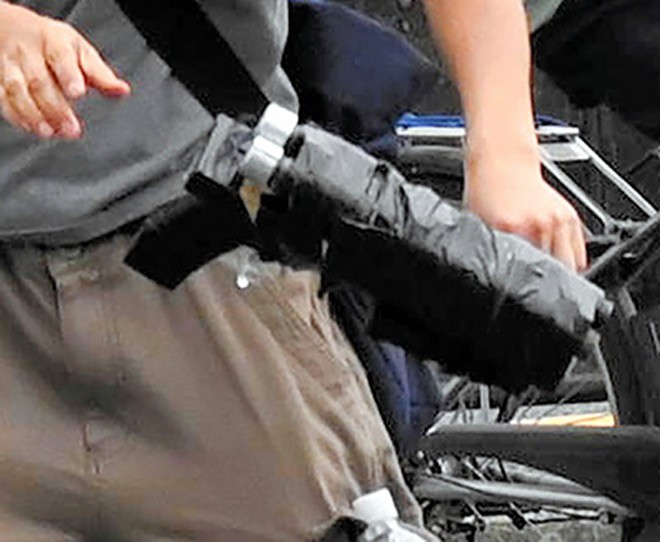 Japan tightly regulates making and possessing firearms, but the July 8 slaying of former Prime Minister Shinzo Abe has brought to light how some members of the public have bypassed those stringent rules.

And it has put online instructional videos in the spotlight.

Tetsuya Yamagami, 41, who is suspected of shooting Abe, told investigators that he learned how to make weapons from watching videos on the internet, sources said.

One gun critic suggested the shooting could spark new efforts to clamp down on the manufacture of homemade guns.

“There is no law regulating what people post on the internet, so it’s almost left unchecked,” said firearms critic Tetsuya Tsuda. “Incidents involving homemade guns have occurred before but did not become a major social problem. This latest incident is likely to increase calls for the push to tighten regulations.”

The possession and use of guns are forbidden, in principle. The only exceptions are for hunting and for eradicating harmful wild animals. But they require strict screenings and a permission from the public safety commission of their prefecture.

But manuals and videos that explain how to manufacture guns with available materials are readily accessible online, and many videos posted to YouTube outline the process for making a gun. Some detail how to mix gunpowder.

One of these instructional videos posted in English on YouTube outlines the necessary materials and ingredients needed to make gunpowder. It summarizes the process in just around five minutes. The video has been viewed 2.84 million times since it was posted nine years ago.

Nara prefectural police said Yamagami had watched videos like this when he built his own arsenal of homemade guns.

One 28-year-old YouTube content creator and gun enthusiast has posted videos explaining the principles behind constructing rifles and shotguns. But he said the knowledge is available to the public.

“The information is basically readily available, just as the structure of guns is on the license exam. If industrial skills and knowledge are misused, it could help produce guns,” he said.

“How much the information should be regulated is the question,” he stated. He said he did not post a video detailing how to make guns.

YouTube has a firearms policy and does not allow the posting of videos explaining how to make guns.

The public relations department of Google, which operates YouTube, said that “context is important when it comes to the application of the policy” for removing content.

The other problem with gun manufacturing methods being readily accessible online is that all the necessary materials can be easily obtained.

“The structure of a gun is simple and can be made from various materials,” Tsuda said. “It would be difficult to introduce a license system for purchasing every single material.”

The two barrels of the gun used to slay Abe, which were made of two pipes, were held together with adhesive tape, while the gunpowder was made by blending a mixture of chemical compounds.

Pipes and tape can be purchased at home centers, for example. Yamagami purchased these materials online.

Yamagami’s case is not the only case where people have made guns from scratch.

In 2018, a company employee in Himeji, Hyogo Prefecture, who was 23 at the time, was arrested for illicitly manufacturing guns and was sentenced to a prison term. He learned how to do so by watching a video site and made the weapons from commercially available materials.

In the same year, Aichi prefectural police arrested a 19-year-old university freshman for concealing guns he made with a 3-D printer and manufacturing high-performance explosives. He was sent to prison.