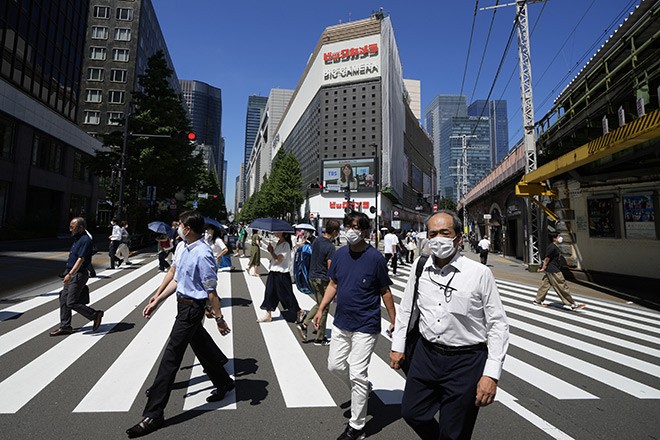 People wearing masks to help curb the spread of the coronavirus walk across a pedestrian crossing in Tokyo on July 29. (AP Photo)

It is the first time in about three weeks that the number of new cases dipped below 20,000.

Officials reported the deaths of 12 patients in their 60s to 90s and a girl under 10, marking the sixth day in a row that the capital has had more than 10 COVID-related deaths.

The bed occupancy rate for COVID-19 patients at Tokyo hospitals was 58.3 percent, while 33.3 percent of hospital beds for severely ill patients were filled, officials said.

The Tokyo metropolitan government said it would consider asking the central government to issue a state of emergency for the capital if the bed occupancy rate for seriously ill patients rises between 30 and 40 percent.