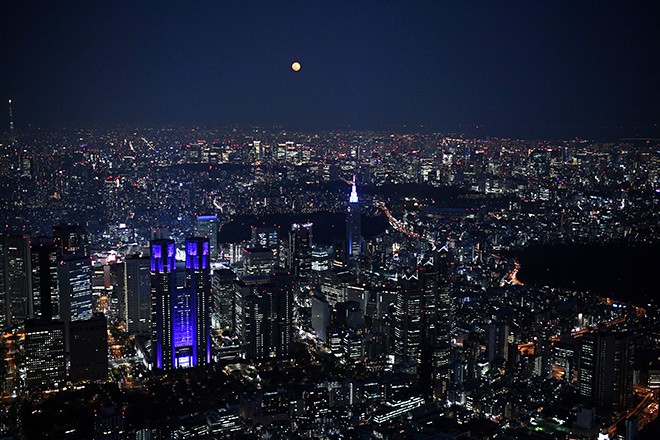 The number of Japanese nationals living in the Tokyo metropolitan area shrank for the first time on record, while Japan’s overall population dropped for the 13th straight year, government statistics showed Aug. 9.

The total Japanese population was 123,223,561 as of Jan. 1, down 619,140 from the previous year, according to internal affairs ministry data based on the nation’s resident registry.

It was the largest decline since 1968, when the current survey began. The population has continued to fall since peaking in 2009.

Okinawa was the only one of Japan’s 47 prefectures to record a population increase.

Still, the Tokyo metropolitan area, comprising the capital and the surrounding prefectures of Saitama, Chiba and Kanagawa, saw a population drop of 34,498 from a year earlier to 35,610,115. It was the first decline since such statistics were first compiled in 1975.

Ministry officials said deaths outnumbered births in the area by a wider margin than in previous years, fewer people entered the country from abroad amid the COVID-19 pandemic, and more people moved from the capital to other prefectures.

For the 16th consecutive year, more than half of the Japanese population lived in three major metropolitan areas: the Tokyo area; the Nagoya area (Gifu, Aichi and Mie prefectures); and the Kansai area (Kyoto, Osaka, Hyogo and Nara prefectures).

The overall population for those three areas was 64,264,479, marking the fourth straight year-on-year decline.