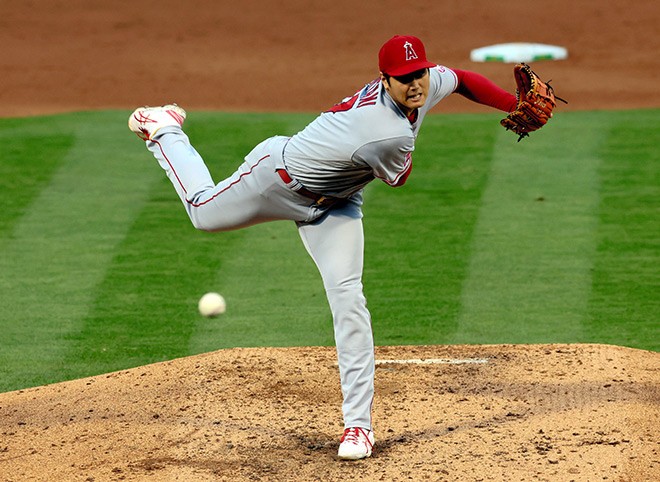 Japanese baseball and beleaguered Los Angeles Angels fans have something to cheer about as two-way superstar Shohei Ohtani accomplished a feat last achieved by Babe Ruth 104 years ago.

Ohtani started for the Angels on Aug. 9 and threw shutout ball for six innings against the Oakland Athletics to record his 10th win as a pitcher.

Combined with his 25th home run, which he clubbed over the right-field wall in the seventh inning, Ohtani is the first player since Ruth to reach double digits in wins as a pitcher and home runs as a batter in a season.

The Angels won the game 5-1 but remain mired in fourth place in the American League West, so a playoff berth is close to impossible.