EDITORIAL: Inward-looking reshuffles satisfy LDP factions but not the public 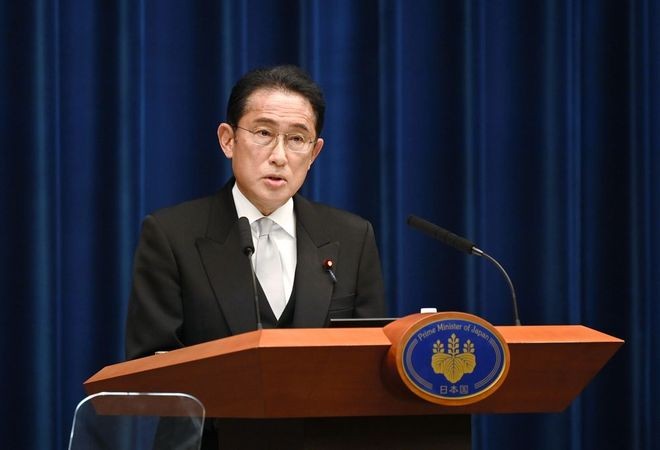 Prime Minister Fumio Kishida replaced almost all Cabinet ministers with known ties to the Unification Church in his reshuffle on Aug. 10.

The reorganized Cabinet is designed to ensure support to Kishida’s leadership from all factions within the ruling Liberal Democratic Party.

While showing consideration to the Abe faction, the largest in the party, whose leader was killed, Kishida also appointed Cabinet members from groups that are not close to his administration.

In announcing the new lineups, Kishida said his administration will “make a fresh start to break through this difficult situation and push through our policy agenda.”

His Cabinet and LDP executive picks reflect this determination, but they do not necessarily ensure the right approach to tackling key policy challenges.

The biggest question facing the LDP now is whether it can really sever its long and deep relationship with the Unification Church, formally known as the Family Federation for World Peace and Unification.

But this is only one of many tough and urgent challenges confronting the government.

The new administration must deal with the seventh wave of COVID-19 cases raging across the nation, rising consumer prices, Russia’s invasion of Ukraine, mounting tensions in the Taiwan Strait, and the sharply divided public opinion over Kishida’s decision to hold a state funeral for former Prime Minister Shinzo Abe, who was gunned down on July 8.

The Kishida administration needs to fulfill its political responsibility to protect the people’s lives and livelihoods by responding effectively to these challenges on both the domestic and diplomatic fronts.

Since he took office last autumn, Kishida has gained a solid public mandate through victories in Lower House and Upper House elections. Now entering a new stage, Kishida’s leadership will be sorely tested by these challenges.

By reshuffling both the Cabinet and the LDP leadership team on Aug. 10, Kishida has moved up the overhauls, which were expected in late August or early September.

His early move to refresh the faces of top government and party officials was probably aimed at stemming the decline in his job approval ratings shown in a series of public opinion polls.

Seven Cabinet members who have admitted having ties with the Unification Church were replaced in the reshuffle. But Daishiro Yamagiwa, who has been retained as state minister for economic revitalization, said on Aug. 10 that he has paid fees to an organization linked to the Unification Church.

And after weeks of equivocating, Yamagiwa acknowledged that he attended an event held by that organization.

In addition, Katsunobu Kato, who has been picked as health minister, and Minoru Terada, the newly appointed internal affairs minister, made similar payments to the organization linked to the Unification Church.

The relationships between politicians and the Unification Church are widely different in terms of depth and closeness.

Kishida has urged LDP lawmakers to “inspect and rigorously review” their relations with the group. He did not seem intent on excluding all lawmakers who have had dealings with the Unification Church, but he should demand that such legislators terminate these ties.

Although they have left the Cabinet, former economy minister Koichi Hagiuda, former Defense Minister Nobuo Kishi and other former ministers associated with Unification Church should not be allowed to escape from their political responsibility to explain their dealings with the group.

It is also necessary to clarify the process in which the group’s application to change its name was approved when Abe was in power.

The Kishida administration will be tested on whether it deals sincerely with the issue and severs the LDP’s relationship with the controversial group.

But he has appointed Hagiuda, Abe’s closest aide, as LDP policy chief.

The new Cabinet and party executive lineups represent a step back in terms of rejuvenation and diversity, which Kishida emphasized in selecting his first Cabinet.

The four top party posts are all occupied by male doyens, while the new Cabinet has only two women as members.

Under the pretext of securing unity within the party, Kishida apparently adopted an inward-looking approach to the reshuffles focused on avoiding alienating any faction.

Such an approach is unlikely to satisfy a public increasingly critical about his leadership.