Speak English is the word from above for big Japanese firms 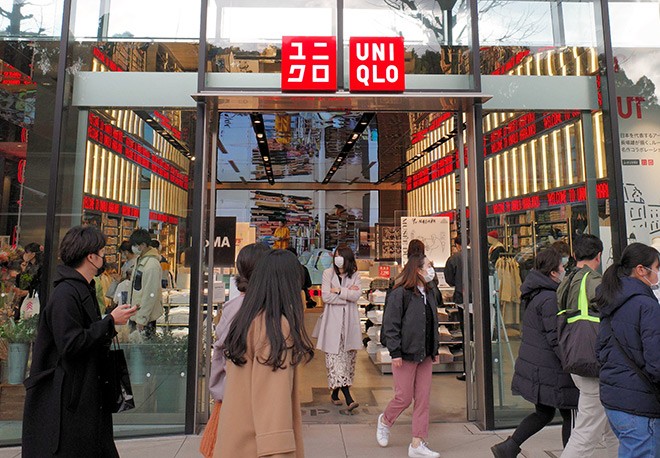 The reality of globalization is increasingly forcing Japan Inc. to aggressively hire linguistically gifted employees, with some companies going as far as to designate English as their “officially designated” in-house language during work hours.

Sharp Corp., now affiliated with Taiwan’s Hon Hai Precision Industry Co., abruptly announced in late June that its employees will be required to use English for all business-related activities in the future.

The move was sparked by a recent remark by Wu Po-hsuan, the company’s president and CEO who hailed from Hon Hai.

Wu was asked by stakeholders after a general shareholders’ meeting June 23 about his language skills and communication problems among employees during the course of normal office hours.

“English will be designated as our company’s formal language in a year,” he replied, explaining that “only after that change can we expand further into overseas markets.”

Sharp is moving aggressively to beef up its sales networks across Asia as well as Europe and the United States. It has set a goal of raising overseas sales by 15 percent year on year.

In July, Sharp established a specialized section to work with partners outside Japan. Wu is tasked with making the company competitive on a global basis.

Wu, who honed his management skills during a long career built outside Taiwan, has been calling on the work force since he took office in April to refine their ability to converse in English.

Still, the decision to make English the official in-house tongue astonished some employees. One exasperated staffer said he had “never heard of that” happening in the company.

Others bitterly complained that being mandated to converse in English would prove meaningless, given that sales representatives in Japan and other staffers have no need to do so on a daily basis.

The company has yet to divulge what training programs it has in mind to transform the way it conducts business.

“The scope of the official language project, such as whether divisions engaged in overseas businesses should exclusively be covered, and whether Japanese employees will be obligated to communicate with each other in English, is still being considered,” said a Sharp representative.

The shift to make English the lingua franca among major companies first became noticeable in Japan more than a decade ago.

In 2012, Fast Retailing Co., the operator of the massively successful Uniqlo clothing chain, made it mandatory for its employees to interact with one another in English.

“It is difficult at times to stick rigorously to the rule, but employees now surely need to communicate in English more than ever before as a growing number of outlets are operating overseas,” said a Fast Retailing representative.

E-commerce marketplace giant Rakuten Group Inc. announced in 2010 that English would replace Japanese inside the company. Business meetings, along with internal memos, are in principle exclusively conducted in English.

Its employees scored an average score of 526 in the Test of English for International Communication (TOEIC) in 2010. The figure rose to 838 in 2018. Non-Japanese nationals are also now more prevalent in the company and account for 20 percent of all employees.

“There are fewer occasions now where only Japanese are in attendance,” said a Rakuten rep.

Some companies felt the need to focus on English skills after reinforcing partnerships with foreign counterparts.

After forming a capital tie-up with France’s Renault SA in 1999, Nissan Motor Co. instructed its employees to speak in English during business meetings when non-Japanese participants were present.

However, the company has resisted designating English as the official in-house language.

“One does not need to take the trouble of conversing in English when everybody can communicate more smoothly in Japanese,” said a Nissan rep. “English is used in a rational manner, depending on the situation.”

Another example of the trend in a country where countless numbers of Japanese study English even after their school days are long over concerns Takeda Pharmaceutical Co., which appointed Christophe Weber from a British drug maker as its first non-Japanese president in 2014.

Because 13 of the company’s 18 executives, comprised of the president and directors, are from outside Japan, board meetings are conducted in English.

Japanese is used in domestic offices. English and other languages are spoken during gatherings involving non-Japanese attendees.

(This article was written by Kenta Nakamura and Fumiko Kuribayashi.)