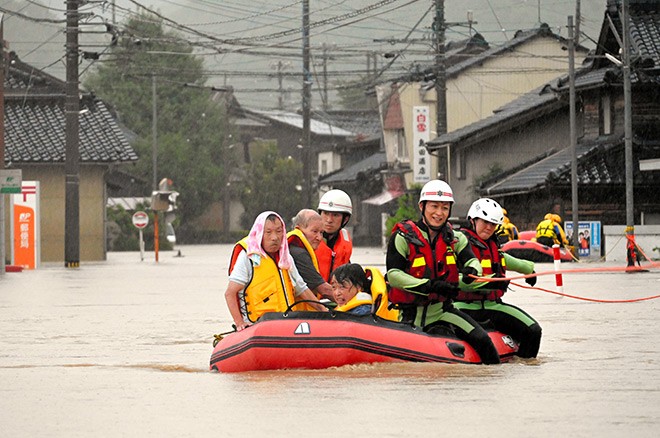 Failure to address global warming could result in a third of the world’s population facing temperatures exceeding 52 degrees and daily rainfall levels of 300 millimeters by the end of this century.

That is the dire forecast put together by a group of researchers at the University of Tokyo.

“The research results show that measures to deal with climate change based on past experience will be insufficient and that there is a need for even further reductions in greenhouse gas emissions and greater international support and cooperation,” said Taichi Sano, a doctoral candidate in the engineering graduate school and one of the key members of that group.

The research results are expected to be published shortly in a journal of Britain’s Institute of Physics.

The research was aimed at analyzing changes likely to occur over the course of this century with regard to the possibility of climatic disasters on a scale that occur once every two decades due to global warming.

If nothing is done, the researchers projected that 2.52 billion people, or 34 percent of the world’s population, could face the risk of unthinkable high temperatures and relentless heavy rainfall.

The research also pointed out that even if the initial goal set in the Paris Agreement on climate change to keep the increase in average global temperatures under 2 degrees of the level before the Industrial Revolution was met, about 1.1 billion people, or 16 percent of the total, would still face similar climate risks at the end of the century.

Areas that would be affected are heavily populated ones, such as South Asia and the Sahel region of Africa, that are already witnessing the devastating effects of global warming.

Unless more is done to tackle the problem, the impact will only become more severe with the result that those living in the affected regions would face tremendous difficulties coping with the effects of global warming.

Because people living in other regions could also someday face similar climate risks, there would be a need to learn from the measures implemented in the regions affected first, research group members said.