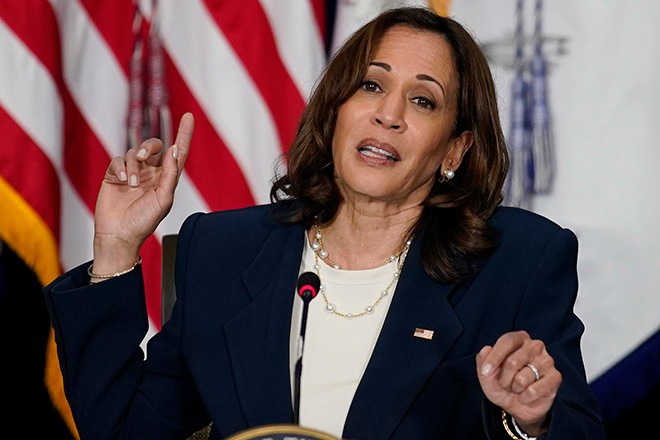 WASHINGTON--Japan and the United States are preparing to have Vice President Kamala Harris attend the state funeral of former Prime Minister Shinzo Abe in September, according to diplomatic sources familiar with the matter.

The funeral for Abe, who was fatally shot while campaigning in Nara in July, will be held in Tokyo’s Nippon Budokan hall on Sept. 27.

It will be Harris’ first visit to Japan since becoming vice president in January 2021.

Her attendance at the funeral is likely intended to show the strength of the relationship between the two allies.

She will meet with Prime Minister Fumio Kishida as part of her itinerary, according to sources.

After Abe was killed, Harris tweeted, “He was a close friend of the United States and on this tragic day, we stand with our Japanese friends in honoring him and condemning this horrific act of violence.”

Harris was elected in 2020 along with running mate Joe Biden. She became the first female, first Black and first Asian-American vice president.

U.S. Secretary of State Antony Blinken visited Japan in July after Abe was killed to meet with Kishida and deliver his condolences.

Foreign Ministry officials had said they would notify other countries about the state funeral.