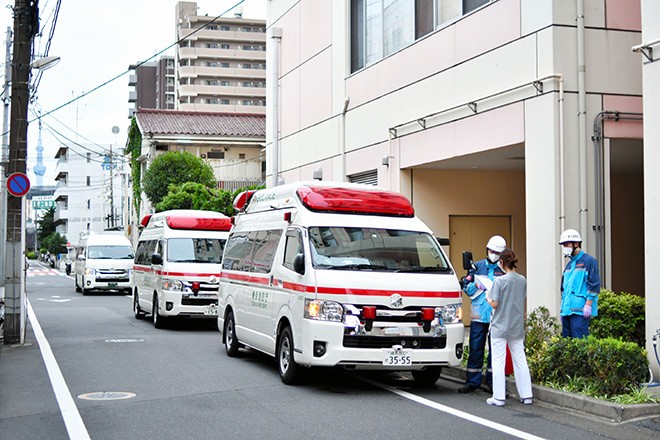 A hospital in Tokyo’s Katsushika Ward is strained as it needs to treat patients requiring emergency care while dealing with surging COVID-19 cases. (Yuichiro Yoneda)

The deaths of 14 patients in their 40s or older were also reported in the capital.

The Tokyo metropolitan government said it would consider asking the central government to declare a state of emergency for the capital if the occupancy rate of beds for seriously ill patients was between 30 and 40 percent.

Their number dropped by four from the previous day to 38 on Aug. 15.