Sales of luxury goods push GDP back to levels before pandemic 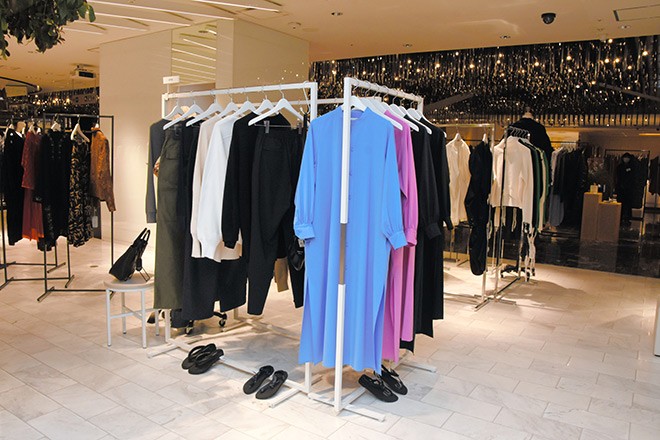 Buoyed by surging sales of luxury goods, Japan’s gross domestic product in the second quarter returned to pre-pandemic levels, but concerns are already being raised that the recovery could be short-lived.

Not only has Japan lagged far behind other advanced economies in recovering to pre-COVID-19 GDP levels, but the global slowdown could hurt the Japanese economy before it returns to full strength.

Preliminary figures released by the Cabinet Office on Aug. 15 showed the economy in the April-June period expanded by 0.5 percent from the previous quarter and by 2.2 percent on an annualized basis.

The Cabinet Office also revised the GDP growth figure for the January-March quarter from minus 0.5 percent to plus 0.1 percent, meaning the April-June quarter was the third straight to record GDP growth.

Personal consumption was the primary factor behind the high growth figure in the second quarter. Purchases of luxury items by the well-off were especially brisk at high-end department stores, such as Isetan’s main Shinjuku outlet.

Sales of expensive watches and jewelry exceeded the pre-pandemic levels for four straight months until July.

Between April and July, sales of watches costing at least 1 million yen doubled over the same period in 2021. For watches in the 4-million-yen range, the sales increase was fourfold.

One department store official said several watches costing more than 10 million yen were also sold, a sign that the affluent were buying luxury items that are not likely to decrease in value even if the yen further weakens against the dollar.

Sales of expensive necklaces and rings also doubled over normal times for the three months from April. Most of the buyers were individuals in their 30s and 40s.

A store official said the various restrictions on foreign travel might have prompted people to buy domestic goods instead of spending on travel abroad.

Purchases by the affluent are even offsetting the lack of spending of foreign tourists whose inbound numbers are still severely restricted.

According to the Japan Department Stores Association, sales in June at all outlets surged by 11.7 percent over June 2021. That was the fourth straight month sales increased year-on-year.

The easing of COVID-19 restrictions on movement has also helped the travel and airline sectors.

ANA Holdings Inc. recorded its first net profit for the April-June quarter in three years. Domestic travel in that quarter returned to about 60 to 70 percent of levels in 2019.

KNT-CT Holdings Co., a travel conglomerate that includes Kinki Nippon Tourist Co., posted a net profit of 1.1 billion yen in the April-June quarter, the third straight quarter in the black.

But company officials were also concerned about the coming months because of the current seventh wave of novel coronavirus infections.

The pace of new reservations has fallen from July, and more cancellations are being made.

Reservations for trips to Hokkaido and Okinawa Prefecture have slowed, leading company officials to surmise that consumers are calculating the risks of extended travel and choosing to remain closer to home.