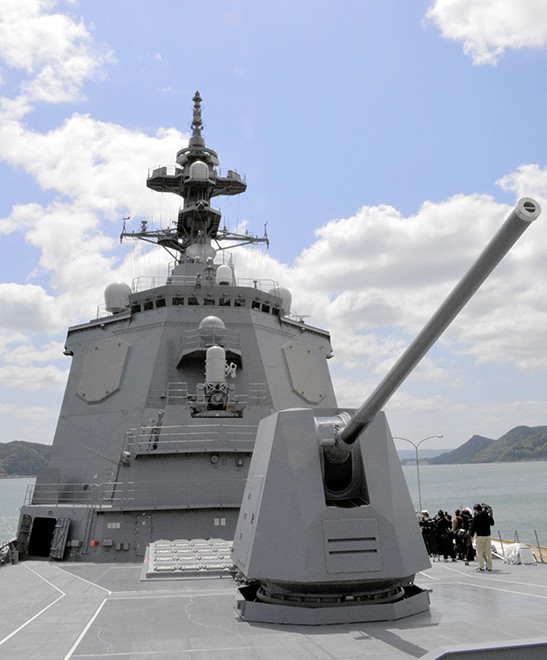 Defense Ministry officials announced on Aug. 16 that the Maritime Self-Defense Force joined a controversial ballistic missile defense exercise off Hawaii with the United States, South Korea and two other nations.

It is the first time in years that the government has officially announced the politically charged biennial exercise, which comes at a time of heightened geopolitical tensions in East Asia.

Defense Ministry officials said the exercise took place between Aug. 8 and 14. It was held in conjunction with one of the world’s largest international maritime drills, the Rim of the Pacific Exercise (RIMPAC).

Some Defense Ministry officials refer to Pacific Dragon as “an extremely political exercise” because decisions about whether to announce publicly that it will be held are based on the state of international relations at the time.

Pacific Dragon was first held in June 2016, but subsequent exercises in 2018 and 2020 were never officially disclosed. That was because the South Korean government, under then President Moon Jae-in, was promoting a conciliatory approach toward North Korea at the time. But times have changed.

South Korea was initially wary about becoming involved in Pacific Dragon in the first place, according to sources. But it joined after North Korea intensified its threats through missile launches and nuclear testing.

The decision to announce this year’s exercise was largely due to the inauguration in May of South Korean President Yoon Suk-yeol and his conservative administration. Yoon has emphasized strengthening military cooperation with the United States and Japan and has taken a hard line on North Korea.

This year’s exercise follows a flurry of missile activity from North Korea. So far, it has launched an annual record of 28 ballistic missiles.

The nations organizing the defensive drill made sure to telegraph the event well in advance.

When the defense ministers of Japan, the United States and South Korea met in June, they announced they would be holding Pacific Dragon this year.

“The exercise was agreed to in the June meeting and we want to further deepen cooperation among the three nations,” Defense Minister Yasukazu Hamada said at his Aug. 16 news conference.

SDF sources said the training exercise has strengthened cooperation among the rank and file of the participating nations.