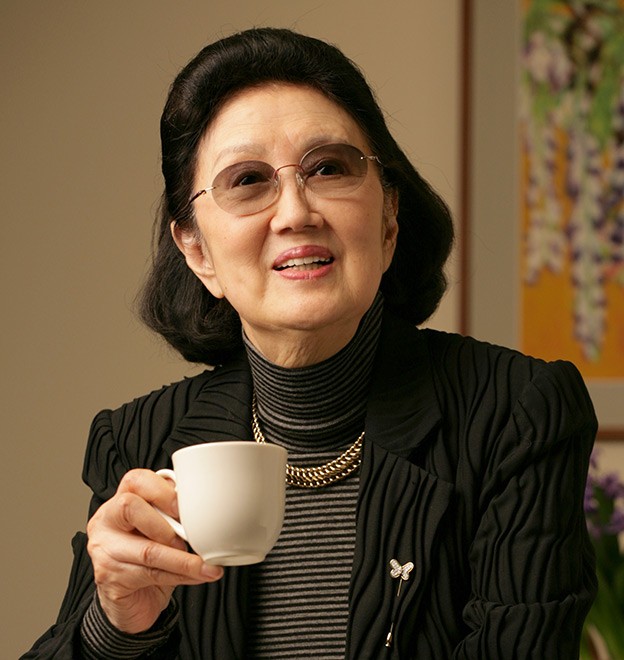 Hanae Mori, a fashion designer who won international accolades as a pioneer in the postwar Japanese fashion industry, died at her home in Tokyo on Aug. 11. She was 96.

Her family members and relatives have already held her funeral, with Akira Mori, her eldest son, acting as a chief mourner.

A farewell event will be held sometime later, according to those close to her.

Mori was from Shimane Prefecture. She opened the Western-style clothing shop Hiyoshiya in Shinjuku Ward in Tokyo in 1951, just six years after the end of World War II.

She debuted on the international fashion stage in 1965 by participating in a fashion show in New York, presenting her clothing line that included party dresses with colorful butterfly or peacock motifs.

In 1977, she burst onto the Paris fashion scene by becoming the first Asian member of the association of Parisian couture, gaining recognition as one of the finest designers of haute couture, which is custom-made garments.

Mori supported young fashion designers at a foundation she established after retiring in 2004.