Japan protests firing of five missiles into its EEZ by China 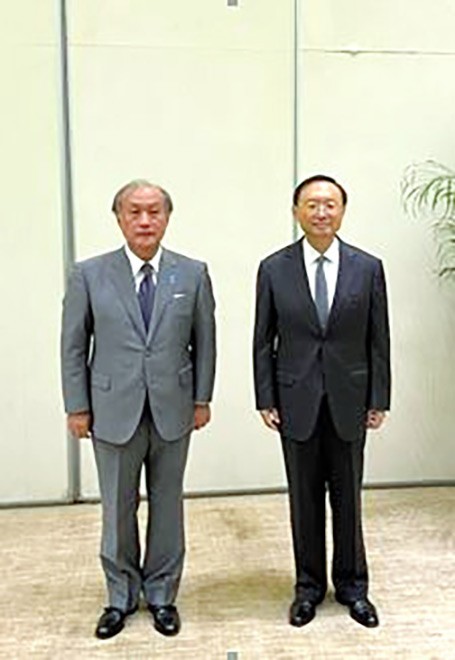 The head of the National Security Secretariat protested the launch of five ballistic missiles that landed within Japan’s exclusive economic zone during military exercises China conducted in the waters around Taiwan.

Takeo Akiba said the military exercise was “a major issue directly linked to Japan’s national security and the safety of the Japanese people.”

Akiba was part of high-level talks between Japanese and Chinese officials held in Tianjin, China, on Aug. 17 amid the fallout from U.S. House Speaker Nancy Pelosi’s recent visit to Taiwan.

Meeting with Yang Jiechi, a Chinese Communist Party Politburo member who is the nation’s top diplomat, they discussed various issues for about seven hours, according to NSS officials who disclosed the meeting on Aug. 18.

At the same time, Akiba and Yang agreed both sides had to make greater efforts to create a “constructive and stable relationship” between the two nations, which was agreed upon in an October 2021 phone conversation between Prime Minister Fumio Kishida and Chinese President Xi Jinping.

“The Taiwan issue is related to the fundamental good faith between our two nations and the political foundation of China-Japan relations,” Yang said, according to the state-run Xinhua News Agency.

He asked that Japan abide by China’s stance that Taiwan is an inseparable part of China’s territory.

But Yang also said both sides should work toward creating a bilateral relationship that matches the demands of the new age.

“The only correct choice regarding bilateral ties is peaceful coexistence, friendship and cooperation,” he said.

The two also discussed the 50th anniversary of the normalization of bilateral ties, which will be in September, and agreed on the importance of “multilevel channels of communications,” according to NSS officials and Xinhua.

There is hardly a celebratory mood in either nation regarding the anniversary given tensions surrounding Taiwan, which led to the abrupt cancellation of a meeting between the foreign ministers of Japan and China initially scheduled for Aug. 4.

(This article was written by Yuichi Nobira in Tokyo and Nozomu Hayashi in Beijing.)