LDP to sever ties with groups that are ‘socially problematic’ 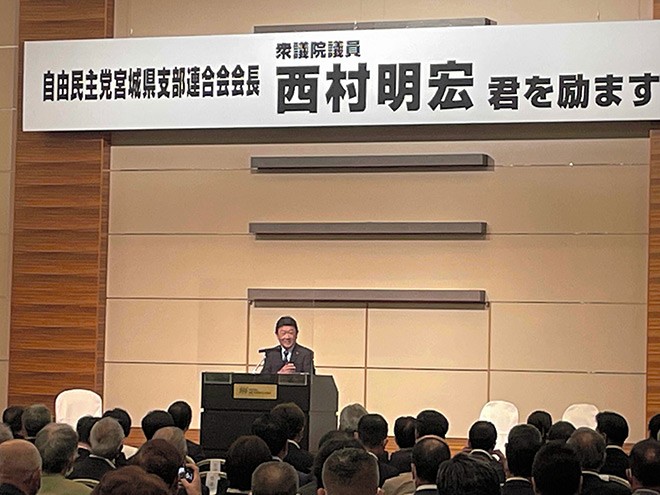 Toshimitsu Motegi, secretary-general of the Liberal Democratic Party, said the ruling party’s governance code will soon ban all relations with “socially problematic” organizations, a veiled reference to the Unification Church.

Without naming any organization, Motegi referred to the new policy for the LDP’s set of operating principles during a speech at a fund-raising party held in Sendai on Aug. 22.

Motegi did say that he had asked LDP lawmakers to check and review their relationships with the Unification Church, now formally called the Family Federation for World Peace and Unification.

“Not having a relationship with socially problematic organizations is our party’s basic policy, and we would like to add that to our governance code, which is the party’s guideline of conduct,” he said.

Complaints about the Unification Church’s donation-collection methods and “spiritual sales” have also resurfaced from former followers.

“Did politicians and the government handle this issue in a way that sympathizes with victims?” Motegi asked. “We have a lot to think about.”

He added, “We will create a system in which LDP lawmakers’ offices can check if it’s appropriate to attend an event or to have contact with this organization.”

Kishida also said, “It is important to thoroughly terminate relations with such an organization so that people will have no doubts about the government in the future.”

At its first meeting on Aug. 18, a new liaison committee set an approximately one-month “Intensive Consultation Period,” starting from early September, to help victims of the Unification Church, including those who spent large sums on the group’s spiritual sales. The committee includes representatives of related government agencies.

Justice Minister Yasuhiro Hanashi told reporters on Aug. 22 that Kishida had instructed him earlier in the day to bolster the effort.

He quoted the prime minister as saying, “I would like you to consider enhancing the program, including its period and system, so that we can help the victims more flexibly.”