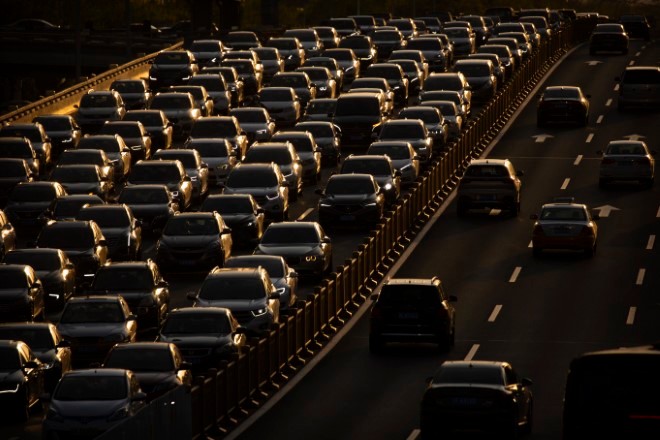 Rush hour traffic backs up along a highway in Beijing on April 23, 2020. Hainan island in the South China Sea said on Aug. 22 that it will become China’s first region to ban sales of gasoline- and diesel-powered cars to curb climate-changing carbon emissions. (AP Photo)

Sales of fossil fuel-powered cars will be banned by 2030 and electric vehicles promoted with tax breaks and by expanding a charging network, the Hainan provincial government said in a “Carbon Peak Implementation Plan.”

The announcement comes as China struggles through its hottest, driest summer in decades, which has wilted crops and shrunk rivers and reservoirs used for generating hydropower.

“By 2030, the whole province will ban sales of fueled vehicles,” according to the plan, which was released Monday.

A deputy Chinese industry minister said in September 2017 that Beijing was working on a plan to stop making and selling gasoline- and diesel-powered cars, but the government has yet to release details.

Hainan aims to have electric vehicles account for 45 percent of its vehicles by 2030, the plan said. It said cities would develop “zero-emissions zones” where fossil fuel-powered vehicles would be banned.

The ruling Communist Party is promoting electric cars to help clean up China’s smog-choked cities and gain an early lead in a growing industry. China accounted for more than half of last year’s global electric car sales.