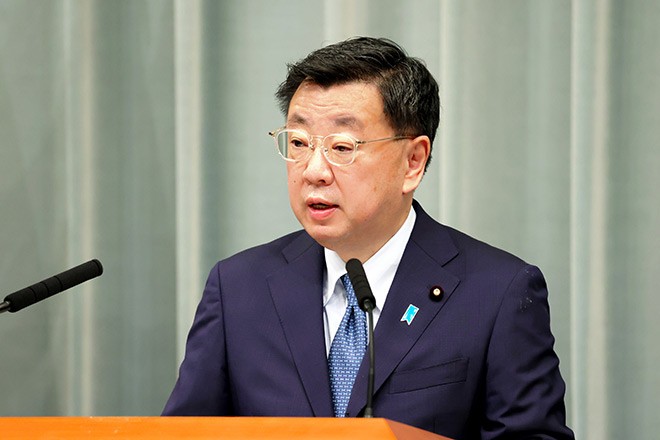 The announcement came after the government, in the face of mounting public pressure, reversed its earlier position of revealing the price tag only after the funeral was over.

Kishida’s decision to stage the state funeral for Abe, who was assassinated in July during an election campaign, is proving increasingly unpopular.

The state funeral is scheduled for Sept. 27 at the Nippon Budokan hall in Tokyo’s Chiyoda Ward. Up to 6,000 attendees, including foreign dignitaries, are expected.

The government said Aug. 26 that it secured 249.4 million yen from the government’s reserve fund mainly for expenses to rent the venue for the funeral.

On top of the 249.4 million yen, the latest estimate of 1.66 billion yen includes: about 800 million yen in security expenses to mobilize police officers from across Japan to the capital; about 600 million yen in costs to receive VIPs from overseas, including their transportation by bus to the funeral site; and about 10 million yen to rent vehicles for honor guards from the Self-Defense Forces.

In giving the figures, Matsuno said, “It became possible to provide certain estimates based on the outcome of our talks with diplomatic missions of other countries, in addition to our policy of offering detailed explanations about the event.”

He said the government expects around 50 groups of foreign VIPs requiring security arrangements for the funeral similar to those for global leaders.

Based on this number, the government estimated the overall security cost by looking at previous funerals for big-name Japanese politicians, including the one for former Prime Minister Yasuhiro Nakasone in 2020, as a reference, Matsuno said.

Nakasone’s funeral was performed jointly by the Cabinet and the ruling Liberal Democratic Party.

The government had refused to give an estimate for the overall cost of Abe’s funeral, citing the difficulty of calculating security costs when it was still unclear how many foreign officials would attend.

But it caved into the pressure from the opposition bloc and the public demanding specific numbers before the funeral is held.

After Matsuno’s announcement, Jun Azumi, chief of the Diet affairs committee of the main opposition Constitutional Democratic Party of Japan, warned that security expenses for the funeral could further increase.

“We will ask for more detailed figures ahead of a scheduled meeting with Kishida while the Diet is in recess since the basis for the government’s calculations is ambiguous,” Azumi told reporters.

Kishida promised to attend the meeting, which will be held as early as this week, to explain the state funeral.

The prime minister announced his decision to hold a state funeral for Abe on July 14, six days after he was fatally shot.

The Cabinet approved the plan on July 22.

But public voices against the state funeral have increased week after week. Critics say there is no solid legal basis for holding a state funeral for Abe, whose track record as Japan’s leader is still being assessed.