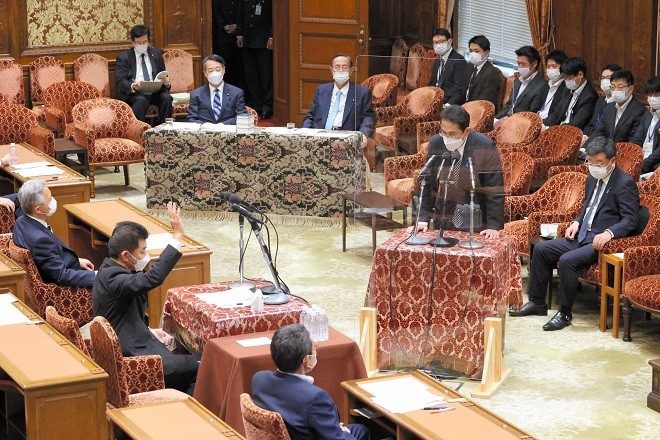 Two months after he announced a state funeral would be held for Shinzo Abe, Prime Minister Fumio Kishida belatedly stated his case for the decision at the Diet on Sept. 8.

His remarks were mostly a rehash of past statements that added little weight to his argument or did not offer a straightforward response to many questions and doubts surrounding the decision. As long as these questions and doubts remain, the ceremony for the slain former prime minister could end up being a hollow affair remembered only for its divisiveness.

Kishida attended special meetings held by the rules committees for the two chambers, although the Diet is not currently in session, to answer questions about the proceedings to be held Sept. 27 at Tokyo’s Nippon Budokan hall.

Kishida was under pressure to attend the special meetings as recent polls by media organizations demonstrate mounting public opposition to the state-sponsored memorial ceremony and declining support for the Kishida Cabinet.

Kishida’s attempts to avoid explaining his decision, made just six days after Abe was gunned down in the city of Nara on July 8, deserve to be harshly criticized.

Kishida referred to Abe’s prominence as the nation’s longest-serving prime minister as well as his economic and diplomatic policy achievements. He also noted that many foreign governments offered their condolences after Abe was killed while on the campaign trail.

But he had already cited these reasons previously and failed to respond to concerns that a state funeral could undermine an objective evaluation of the Abe administration’s political record and hinder free discussions on his legacy.

The Asahi Shimbun has previously taken note that when the government decided to hold a state funeral for Yoshida, Eisaku Sato, the prime minister at the time, made every effort to win the support of opposition parties in advance. When Sato died, a state funeral was not held because the director-general of the Cabinet Legislation Bureau said approval by the three branches of the government would be required.

These facts indicate that deciding whether to hold a state funeral should be based on broad support from the public, including opposition parties, since no legislation exists for setting rules for the ceremony.

Kishida only reiterated that the decision was within the jurisdiction of the administrative branch and offered no signs that he carefully thought out the matter, unlike previous prime ministers.

The additional costs were made public only because the government came under pressure to provide full disclosure of the details of the ceremony. This indicates the administration’s lack of respect for the tax-paying public.

With regard to concerns a state funeral could effectively compel people to observe mourning for the late prime minister, Kishida said the government has no intention of forcing anyone to express condolence. However, he did not respond to a request to send out official documents to communicate this policy to government organizations, local administrations and schools.

One lawmaker questioned whether the state memorial service for Abe, who had close ties with the Unification Church, now formally known as the Family Federation for World Peace and Unification, could be interpreted as a government endorsement of the religious group’s activities.

Kishida stressed the LDP’s policy of severing its ties with the church but made clear he is reluctant to make an investigation into Abe’s relationship with the church. Now that Abe is dead, he declared, there are “limits” to what the government can do to grasp the relationship between the former prime minister and the church.

Kishida cannot hope to clear up deep doubts about his decision with such perfunctory explanations.