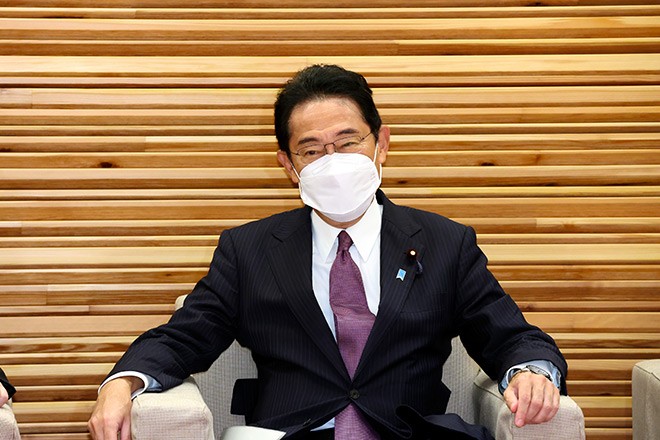 Plagued by controversies following the slaying of former Prime Minister Shinzo Abe, the approval rating for the Kishida Cabinet has continued to plummet, according to a new Asahi Shimbun survey.

The approval rating for the Cabinet of Prime Minister Fumio Kishida was 41 percent, down from the previous survey’s 47 percent, which was conducted on Aug. 27 and 28.

The disapproval rating was 47 percent, a jump from the previous survey’s 39 percent figure.

The nationwide telephone survey was conducted on Sept. 10 and 11.

In a survey conducted in July immediately after the Upper House election, the Cabinet approval rating was 57 percent.

When the Kishida Cabinet was launched a year ago, its approval rating was 45 percent.

The latest 41 percent approval rating was the lowest for the administration, tying the mark in a poll conducted at the opening of campaigning in the October 2021 Lower House election.

Kishida has tried to overcome adverse conditions by explaining at the Diet why he decided to hold a state funeral for Abe, who was killed in Nara on July 8 while campaigning for an Upper House election candidate.

But the strong public sentiment on the ties of the Unification Church, now formally called the Family Federation for World Peace and Unification, to ruling Liberal Democrat Party members and others has remained.

In the August survey, 41 percent supported the state funeral for Abe and 50 percent were opposed.

But in the latest survey, 38 percent supported it and 56 percent were opposed.

Of those who oppose the state funeral, 67 percent disapproved of the Cabinet.

Of those who said they were not convinced, 62 percent said they did not approve of the Cabinet.

The survey was conducted through contacting fixed telephone numbers and mobile phone numbers selected at random by computer.

It received 581 valid responses, or 53 percent, from 1,103 fixed numbers of households with at least one eligible voter each.

There were 881 valid responses, or 43 percent, from 2,046 mobile phone numbers of eligible voters. Valid responses totaled 1,462.

In the latest survey, a new question was added.

Respondents were asked why they support or oppose the state funeral for Abe, scheduled for Sept. 27, and to choose a reason from three options.

Of those who supported it, 66 percent chose, “Because I value Abe’s achievements.”

The second most-selected answer, at 17 percent, was, “Because he served as the prime minister the longest.”

The lowest one, at 13 percent was, “Because he was shot and died during the election.”

Of those who oppose the state funeral, 58 percent said, “Because it uses the national budget.”

In the latest survey, 23 percent said they approved of Kishida’s response to the Unification Church controversy.

The figure has not changed much from the August survey, which was 21 percent.

In the survey, 66 percent said they disapproved of Kishida’s response on the issue. The figure remained high.