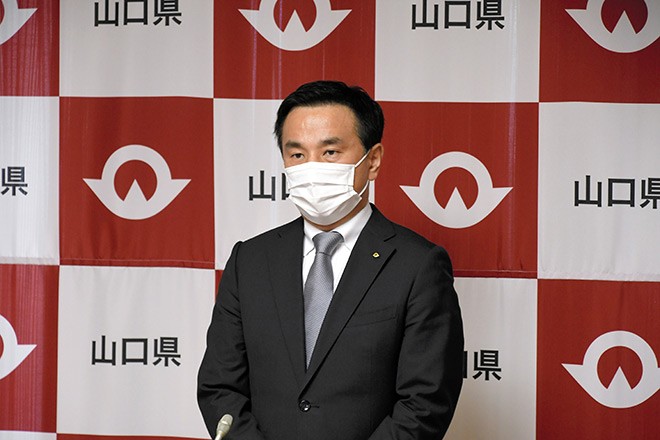 YAMAGUCHI--The home prefecture of former Prime Minister Shinzo Abe, who was killed this summer, has earmarked 63 million yen ($441,940) in its draft supplementary budget to cover the costs of a planned prefectural funeral for him.

But it expects it will only have to pay around half the cost, while the Liberal Democratic Party’s prefectural chapter and other groups will shoulder the rest.

“We will prepare for the prefectural funeral to make it worthy for our prefecture to honor Abe’s virtues, recognize his significant achievements and contribution to our country and prefecture, and express sympathy for him,” Yamaguchi Governor Tsugumasa Muraoka said at a news conference the same day.

The prefecture plans to invite about 2,000 people to the funeral for Abe, who was shot dead while giving an election stump speech in Nara on July 8. It will also set up six stands across its jurisdiction where mourners can offer flowers.

The prefectural funeral will be held on Oct. 15 at the Yamaguchi International Trade and Culture Center’s Kaikyo Messe Shimonoseki in Shimonoseki, the area that elected Abe to the Lower House. This will be a different event from the state funeral planned for Sept. 27 in Tokyo.

The organizers include the prefectural assembly, the LDP’s Yamaguchi prefectural chapter and the association of local city mayors.

The prefectural funeral for Shintaro Abe cost about 31 million yen, the highest among them.

Muraoka said in July that his prefecture intends to hold its own funeral for Abe, citing Abe’s support for the prefectural government administration and his tenure as the nation’s longest-serving leader as the major reasons warranting one.

The governor added that his prefecture also considered the desires of many residents who wish to pay their respects to Abe and the circumstances for past prefectural funerals.

But one civic group and the Japanese Communist Party’s Yamaguchi prefectural committee are opposing it. They argue that the prefectural government is forcing its residents to express sympathy for Abe.