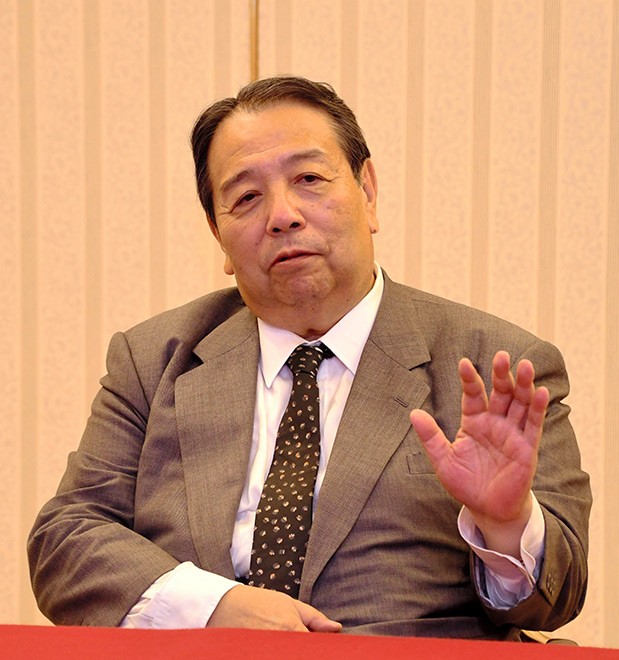 A former Cabinet member criticized plans to hold a state funeral for former Prime Minister Shinzo Abe and chastised his fellow lawmakers in the ruling party for remaining silent on the issue.

“I can’t agree with the holding of the state funeral,” Seiichiro Murakami, a former minister for administrative reform, told The Asahi Shimbun on Sept. 21.

The Lower House member of the Liberal Democratic Party said he would skip the Sept. 27 event at Nippon Budokan Hall in Tokyo, saying his attendance there would be like tolerating the problems with the taxpayer-funded ceremony.

“It’s not clear whether Mr. Abe’s achievements are deserving of a state funeral. Since more than half of the public oppose it, forcing the event will further divide the nation,” Murakami said.

He added, “It is disturbing that no LDP members are speaking out on this matter.”

Prime Minister Fumio Kishida decided to go ahead with the state funeral, citing Abe’s longevity as Japan’s leader and his achievements in diplomacy and economics.

Criticism within the party against the state funeral could result in a backlash from Kishida and the faction previously led by Abe, the largest in the LDP.

Murakami, however, has long been known as a harsh critic of Abe.

“Some people see Mr. Abe as a leader who battered Japan’s finances and diplomacy and destroyed its bureaucracy,” Murakami told reporters on Sept. 20. “He should bear a heavy responsibility for that.”