Coming to grips with limitations of electric motorbikes 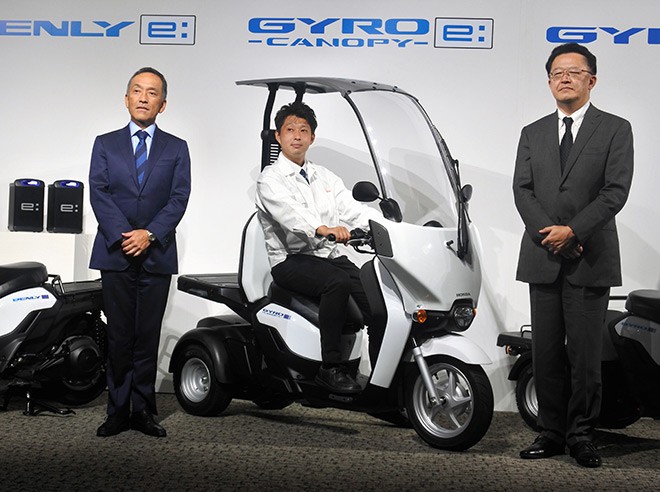 The big names in motorcycle manufacturing in Japan are ramping up development of electric machines to replace gas-powered models but finding themselves plagued by challenges quite unlike those for automobiles.

Honda Motor Co. announced plans Sept 13 to raise the percentage of electric motorbikes to 15 percent in 2030 as it continues to focus on the global trend for decarbonization.

Although electric motorbikes are currently accessible, primarily to corporate customers in Japan, products specially designed for individuals will be released in 2024 in Europe, Japan and other parts of Asia.

Electric motorcycles with more powerful engines will become available in Japan, Europe and the United States between 2024 and 2025, the company said.

All Honda motorbikes are expected to be battery powered in the mid-2040s.

Honda is the world’s largest motorcycle maker, accounting for 17 million of global motorbike sales of 50 million units. Its operating profit margin was 14.3 percent in fiscal 2021, far exceeding 2.5 percent for the company’s car department.

Its electrification rate, however, remains as low as 1.1 percent within Japan and 0.4 percent worldwide.

In spring 2021, Honda became the first Japanese automaker to decide to stop making gas-powered cars and replace them with electric models or fuel cell vehicles by 2040.

As motorcycles emit a smaller amount of carbon dioxide than their four-wheel counterparts, Honda did not view the footprint left by motorbikes as an especially urgent issue at the time.

But as an increasingly critical eye is directed at motorcycles amid the overall shift to decarbonization, the Tokyo metropolitan government said gasoline-based models will be eliminated from new motorbikes in the capital by 2035.

Kohei Takeuchi, vice president of Honda, vowed to play a role in the policy.

“We will be helping the goal to come true to maintain our presence from now on, although there will be difficulties distinct from those automobiles face,” he said.

Yamaha Motor Co. is planning to increase its ratio of electric models in global sales to 20 percent in 2035 and 90 percent in 2050. Electric bikes and gas-electric hybrids will take the place of major models pitched by Kawasaki Heavy Industries Ltd. to Japan, Europe, the United States and other developed countries by 2035.

But many hurdles to the decarbonization of motorcycles remain.

Fitting motorbikes with a large amount of batteries is essential to improving the maximum driving range of fully charged machines, but that’s easier said than done, as the frame of a motorbike is considerably smaller than the engine bay of an automobile.

Given current high prices of cells, overloading motorbikes with batteries risks undermining the advantage of offering a cheaper form of transportation than an automobile.

Increased prices may affect sales, too.

To solve those problems, a next-generation all-solid-state battery is anticipated as a compact solution to heightening the maximum driving range of electric models.

Honda is currently working on that type of battery for automobiles with an eye on applying the technology to its motorcycle business.

“We have to overcome a number of challenges through the development of advanced technology,” Takeuchi said.

In many emerging nations, motorbikes are a preferred means of transport.
“Motorcycles are used as a daily means of transit so expensive models will not sell well,” noted a senior Honda official. “We need to forge ahead carefully while taking account of users’ lifestyles.”