Rare map shows what Tokyo was like in 1947 under U.S. occupation 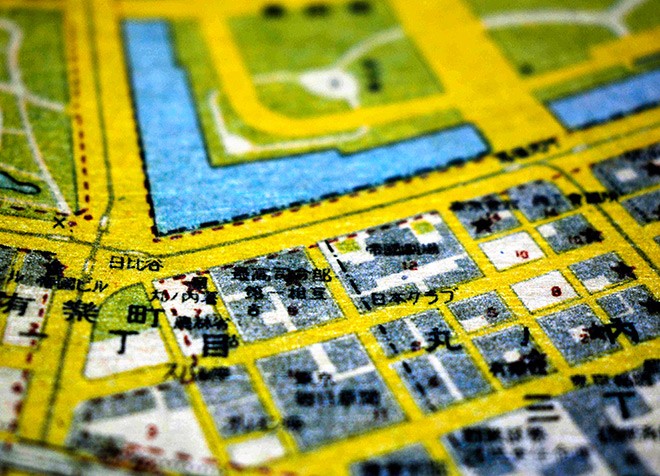 A map of Tokyo’s Chiyoda Ward published in 1947 shows many buildings requisitioned by U.S. troops in the present-day Marunouchi and Hibiya districts, including the “high command,” which means the General Headquarters of the Supreme Commander for the Allied Powers. (Michinori Ishidaira)

Tokyo’s Chiyoda Ward has reproduced a rare map from 1947 that shows how the postwar U.S. occupation of Japan had dominated and sprawled across the places locals walk past every day.

It proved to be a hit with residents who want to remember and show their children what their neighborhood was like two years after World War II ended.

Republished to mark the 75th anniversary of Chiyoda gaining ward status, the map shows many buildings requisitioned by U.S. troops, including an insurance company’s head office that served as the General Headquarters of the Supreme Commander for the Allied Powers (GHQ).

“The ward map from the not-so-distant past shows many locations illustrating Japan under occupation,” a ward official said. “We hope it will act as a starting point for people to think about the importance of peace."

The original map, published by Nihon Chizu Kabushiki Gaisha, measures 51 centimeters by 76 cm, about the size of a small coffee table.

It was housed at the Shinsendo Shoten bookstore that deals in old maps in the Kanda-Jinbocho district, which is also part of Chiyoda Ward.

“It is believed that only a small number of copies were printed when a map was created soon after the war because of the shortage of materials,” said bookstore owner Shingo Nagamori, 55. “A map published in 1947 is rare.”

Nagamori transferred ownership of the map to the ward office, hoping it would be of assistance in some way.

The area of present-day Chiyoda Ward was reduced to ashes by air raids during the war. Many buildings that survived the bombings were requisitioned by U.S. troops.

Those facilities are marked by a black star on the map, including the old head office building of Dai-ichi Life Insurance Co., the Meiji Seimei Kan building, the Imperial Hotel and the Hilltop Hotel.

The Kudan Kaikan hall was used as the Army Hall and the Tokyo Takarazuka Theater as the Ernie Pyle Theater. Both venues were made off-limits to Japanese audiences.

The entire Otemachi district, located between the Imperial Palace and Tokyo Station, was used as a vast parking lot and is marked as a “motor pool” on the map. The district is now home to high-rise offices and the Keidanren Kaikan building.

“I realized that the map is etched with information about what Tokyo was like under occupation,” Nagamori said.

When the ward office planned to give away 200 replicas of the map in May, it was swamped with requests from about 3,400 people.

Officials inserted the map into the ward office’s June newsletter distributed to about 42,000 households.

They also made it downloadable for free from the official website at (https://www.city.chiyoda.lg.jp/koho/kuse/koho/75shunen-kinemmap.html).