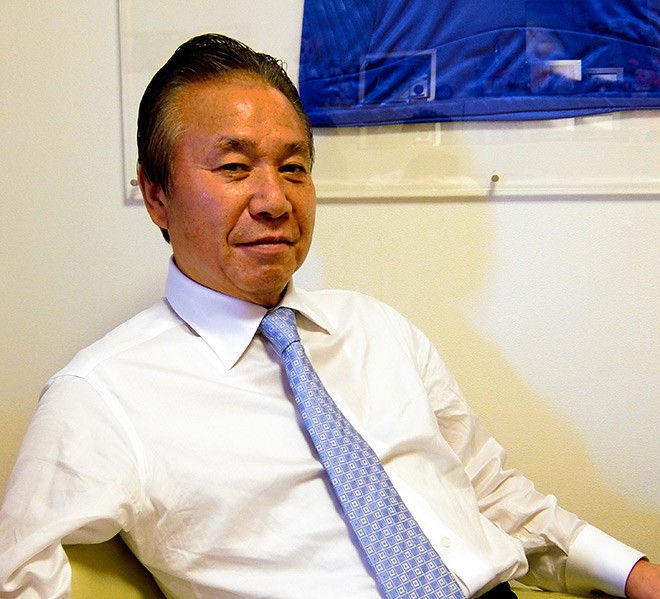 This is the third time that Haruyuki Takahashi, 78, has been arrested, following bribery charges over Olympic sponsorships involving the apparel maker Aoki Holdings Inc. and the publishing company Kadokawa Corp.

Kazumasa Fukami, 73, an acquaintance of Takahashi, who heads the consultancy firm Commons2 Inc., was also rearrested for receiving bribes.

Yoshikazu Taniguchi, 57, an executive officer of the Osaka-based Daiko, was newly arrested on suspicion of giving bribes.

According to the Tokyo District Public Prosecutors Office, Takahashi is suspected of having Daiko transfer approximately 15 million yen in bribes to Commons2. It was done through four installments from January 2019 to February 2022 after the company received a request from Taniguchi to make Daiko a cooperation agency for the Games, allowing it to work as a subcontractor.

The organizing committee for the Games had commissioned the advertising giant Dentsu Inc., where Takahashi once worked, to select and obtain official sponsors.

Dentsu had outsourced some of its tasks for the Olympics to other advertising agencies, designating them as sales cooperation agencies with the approval of the organizing committee.

Taniguchi is suspected of giving around 6 million yen in bribes whose three-year statute of limitations for charges of offering bribes have yet to expire.

The prosecutors office said it believes Takahashi approached Dentsu, made Daiko a cooperating agency and received fees in exchange.

Prosecutors indicted Takahashi and Fukami for receiving bribes on Sept. 27 in the case involving Kadokawa.

Takahashi and Fukami were asked by Kadokawa Chairman Tsuguhiko Kadokawa, 79, and other officials to help Kadokawa get selected to be an Olympic sponsor, according to the prosecutors office.

Then the two had Kadokawa pay 76 million yen, through 10 installments, to Commons2 from July 2019 to January 2021, which prosecutors consider to be bribes.

Kadokawa was arrested on bribery charges on Sept. 14, eight days after the arrests of Yoshihara and Maniwa.

Takahashi has been indicted on charges of bribery for accepting 51 million yen from Aoki mainly over the selection as a sponsor.