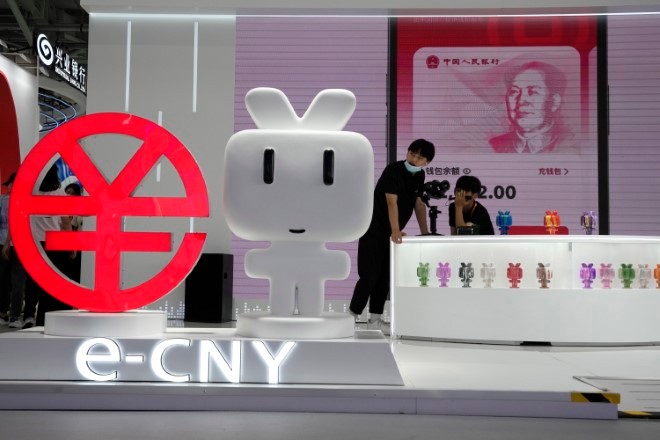 BEIJING--China’s yuan fell to a 14-year low against the dollar Wednesday despite central bank efforts to stem the slide after U.S. interest rate hikes prompted traders to convert money into dollars in search of higher returns.

A weaker yuan helps Chinese exporters by making their goods cheaper abroad, but it encourages capital to flow out of the economy. That raises costs for Chinese borrowers and sets back the ruling Communist Party’s efforts to boost weak economic growth.

The yuan has exceeded expectations it might fall to 7 to the dollar after the Federal Reserve started aggressive rate hikes to cool inflation that is at a four-decade high. The Fed has raised rates five times this year and says more increases are likely.

By contrast, the People’s Bank of China has cut interest rates to boost growth that fell to 2.2 percent over a year earlier in the first six months of 2022--less than half the official 5.5 percent target.

The yuan is allowed to fluctuate up or down 2 percent from its starting price each day in tightly controlled trading. That prevents big daily swings, but down days can add up to a big change over time.

Still, that reserve cut is unlikely to stop a slide that is driven by “a strong U.S. dollar and the expectation of more Federal Reserve hikes,” said Iris Pang of ING in a report.

“Less aggressive rate hike talk” might help the yuan rally, but it might weaken further “if the Fed maintains its very hawkish tone” into next year, Pang wrote.

Chinese officials have previously promised to avoid “competitive devaluation” to gain an advantage in trade.

The yuan sank in 2019 during trade tension with then-President Donald Trump. That prompted suggestions Beijing was trying to reduce the impact of U.S. tariff hikes, but there was no official confirmation. The currency later strengthened.

Other governments also are struggling to manage capital flows under pressure from Fed rate hikes. On Friday, Vietnam’s central bank raised a key interest rate in what economists said appeared to be an effort to stop an outflow of money in search of higher returns.