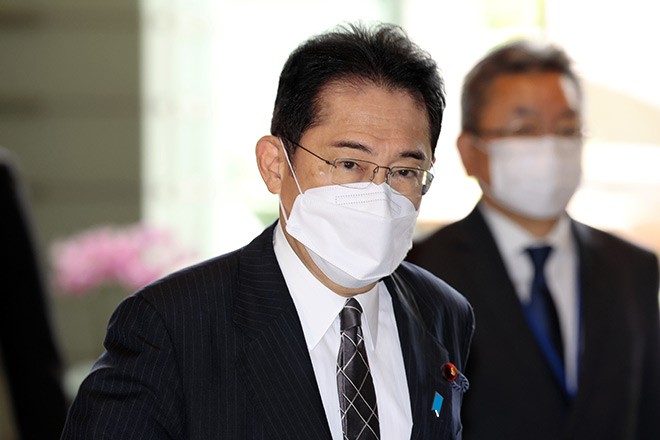 Prime Minister Fumio Kishida heads to his office on the morning of Sept. 29. (Koichi Ueda)

Prime Minister Fumio Kishida and Chinese President Xi Jinping exchanged positive messages of hope for a new start on Sept. 29 to mark the 50th anniversary of normalization of relations between their nations.

In his message, Kishida said, “The Japan-China relationship holds various possibilities at the same time as it faces a large number of issues and matters of concern.”

He added, “Remembering the starting point that led to the normalization of relations, it will be important for the two sides to work together to chart a new future for Japan-China relations.”

He said he wanted to create a constructive and stable bilateral relationship for peace and prosperity in the region and the world.

In his message, Xi said the past 50 years was a period of “untiring deepening of exchanges and cooperation in various areas” that led to promoting peace and development of the region and the world.