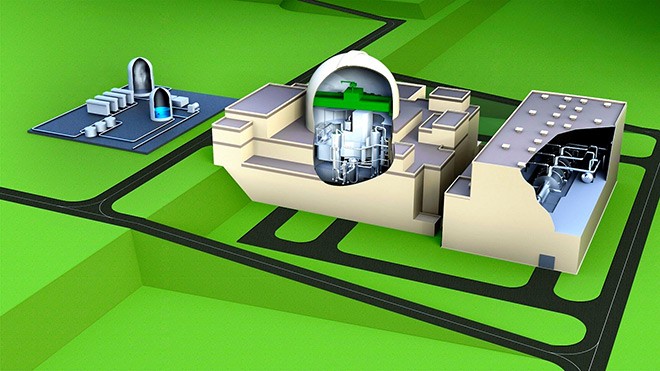 Mitsubishi Heavy Industries Ltd. and four major Japanese power utilities will work together to develop a next-generation nuclear reactor that will go online in the 2030s, the company announced on Sept. 29.

The announcement comes as the central government reverses course from its cautious nuclear energy policies set in the aftermath of the 2011 Fukushima nuclear disaster.

Mitsubishi Heavy Industries has been working with the four utilities, which operate pressurized water reactors, to develop new technology to enhance the safety of the reactors.

A Mitsubishi Heavy Industries official said the new reactor will be safer than conventional ones since it will be equipped with a “core catcher,” designed to cool melted reactor cores in the event of a reactor meltdown like the ones at the Fukushima No. 1 nuclear plant in March 2011.

The new reactor could also generate 1.2 gigawatts of electricity, equivalent to the capacity of a large nuclear reactor in Japan, according to the official.

But the company has yet to decide which utility will build the planned reactor and where it will be built because of difficulties finding a new construction site amid a strong public distrust toward nuclear reactors.

One potential candidate site is KEPCO’s Mihama nuclear plant in Fukui Prefecture, according to a source. The utility is decommissioning the plant’s No. 1 and No. 2 reactors, while more than 40 years have passed since the No. 3 reactor first went online.

Mitsubishi Heavy Industries has not disclosed the cost to build the new reactor, either.

One estimate suggests the construction of a new nuclear reactor will require 1 trillion yen ($6.91 billion), nearly double the amount spent on building an existing one, due to additional expenses required to comply with stricter safety regulations.

The central government plans to include nuclear reactors in its new support measures to encourage the construction of power plants amid calls from major utilities for financial support.

The government had long maintained that it had no plans to push for the construction of new nuclear reactors or the rebuilding of existing ones in the wake of the 2011 nuclear disaster.

But the Kishida administration changed that policy after energy costs began to soar and the country faced the prospect of a severe power shortage. Kishida said in August that he will consider promoting the development and construction of next-generation rectors with new safety mechanisms.

(This article was written by Junichi Miyagawa and Junichiro Nagasaki.)