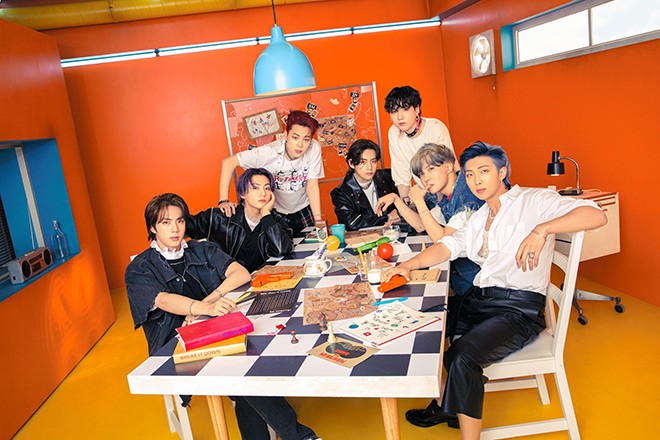 SEOUL--The shock announcement in June that the South Korean boy band BTS would shift its activities to solo-oriented was “a necessary process to gain fans’ understanding,” the CEO of Bighit Music told The Asahi Shimbun.

BTS is an internationally successful seven-member pop music group, and their announcement on a video-sharing platform became global news.

Shin said he and the members had thought long and hard about the group’s direction until they had finally made the June 14 video.

On what drives BTS’ success, Shin said many people can identify with the group’s songs, which frankly convey the members’ feelings.

He said the members’ social media usage has created a fantastic environment that enables more fans to identify with the group.

The video was a particularly important use of social media by BTS.

In the video, the members spoke their minds, with one saying they “had no time to grow” while they were busy with the group.

The novel coronavirus pandemic had hit the members hard, among other things, Shin said, as it had restricted their work until they released the video.

BTS will hold a concert in Busan, South Korea, on Oct. 15.

As the deadline for mandatory military enlistment for the oldest group member Jin at the end of this year is approaching, many fans are curious about the group’s future.

Although young South Korean men are required to enlist in the military, there have been discussions about whether global pop music artists such as BTS should instead be allowed to undertake less onerous roles.

Shin said finding an answer to the issue is “very difficult.”

It has been said the concert in Busan could be the last before the member’s enlistment.

But the members are continuing discussions on the group’s future after the concert, Shin said. He added that they have been planning something new.

He is now CEO of Bighit Music, an independent label under Hybe Co., the successor of Big Hit Entertainment.

In June, he was named on Billboard’s list of “2022 Indie Power Players,” which recognizes leaders of independent labels who make achievements in the global music market.

(Lee Seong-jin contributed to this story.)