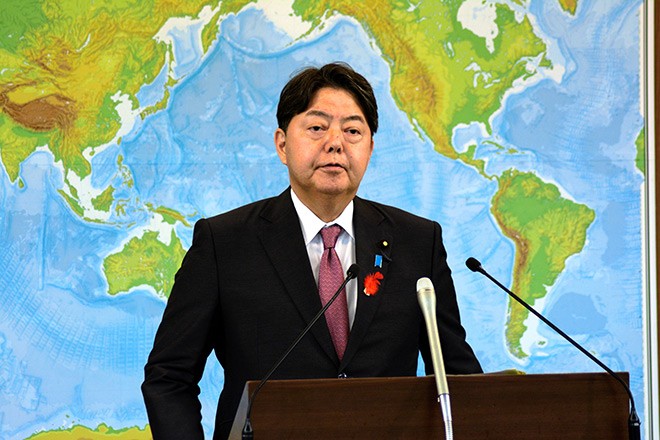 The Japanese government is set to expel a Russian consul in retaliation for Russia doing the same last week to a Japanese diplomat stationed in Vladivostok, according to government sources.

Japan is also considering designating the Russian diplomat persona non grata, a form of official reprimand based on the Vienna Convention, which strips foreign diplomats of their diplomatic immunity and bans them from the country.

Russia’s Foreign Ministry had ordered the Japanese consul to leave the country on Sept. 26 on allegations he was spying on Russia by obtaining classified information. It declared him persona non grata because he “undermined Russia’s interest concerning its security by undertaking an action incompatible with a consul’s duties.”

Japanese Foreign Minister Yoshimasa Hayashi denied the allegations on Sept. 27 when he said there is “absolutely no evidence that the consul engaged in any illegal activities.”

Takeo Mori, a vice minister for the Foreign Ministry, summoned Russian Ambassador Mikhail Galuzin on the same day to protest the move.

“The Japanese government will have to take corresponding measures,” Mori said.

According to Japan’s Foreign Ministry, Japan’s consul was taken away by Russian authorities, blindfolded with his hands and head held down, and subjected to intimidating interrogation.

The consul has already returned to Japan.

This is not the only time tensions have escalated between the two countries this year resulting in diplomats being tossed to the curb.

The Japanese government expelled eight diplomats and officials from the Russian Embassy in Tokyo in April citing the many civilians killed during Russia’s invasion of Ukraine.

Russia announced the same month that it would expel eight Japanese diplomats from the country.