Kishida appoints his son, 31, to be his executive secretary 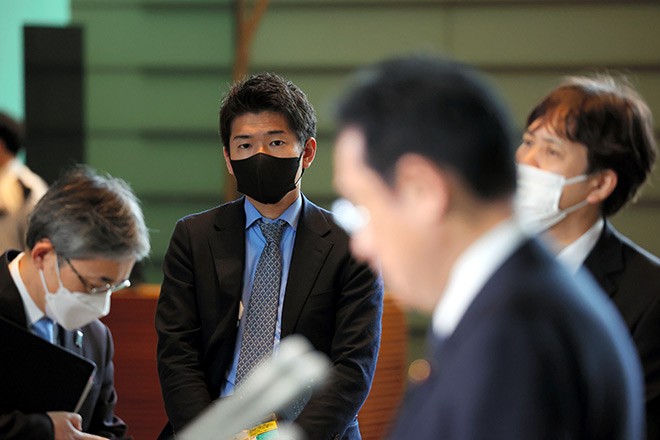 Shotaro Kishida, center, the eldest son of Prime Minister Fumio Kishida, looks on as his father, foreground, responds to reporters at the prime minister’s office on May 9. (Koichi Ueda)

Shotaro Kishida, 31, worked previously as a government-paid secretary at his father’s office.

He will replace Takayoshi Yamamoto, who served in the position since the Kishida administration began last year. Yamamoto will resign and work at the elder Kishida’s office.

Chief Cabinet Secretary Hirokazu Matsuno declined to comment on the appointment at a news conference on the morning of Oct. 4.

However, he said that, generally speaking, “appointments are appropriately made based on appointees’ personalities and perceptions.”