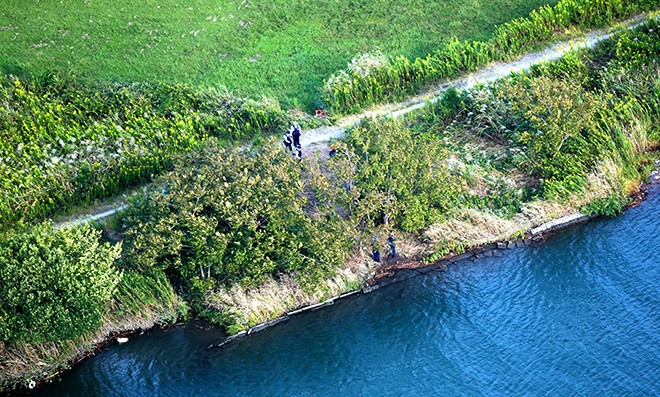 The area in Ichikawa, Chiba Prefecture, where the body of a young girl was found on Oct. 4 (Tatsuya Shimada)

CHIBA--Police here conducted an autopsy on Oct. 5 on a body believed to be of a first-grade child who went missing about two weeks ago.

The body of a young girl was found the previous day on the banks of the Edogawa river in Ichikawa, Chiba Prefecture. There did not appear to be any external injuries, investigative sources said.

Saya Minami of Matsudo, Chiba Prefecture, went missing on Sept. 23 upstream of where the body was found. Police were trying to determine if the body is that of the first-grader from Matsudo.

The girl’s shoes, socks and hat were found on the Edogawa riverbank near Nagareyama in Chiba.