Japan urged to secure release of filmmaker held in Myanmar 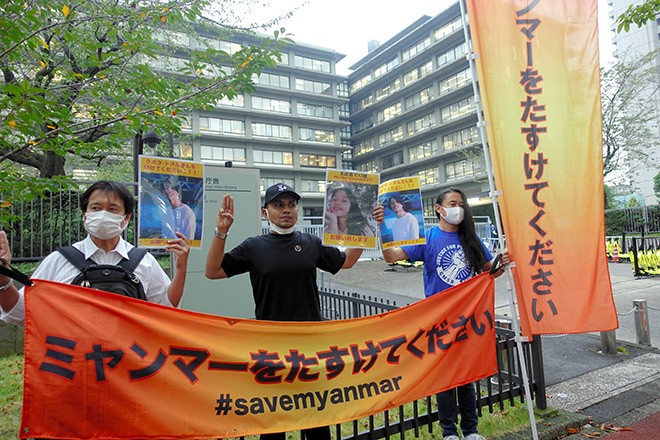 Protesters demand the release of Japanese documentary filmmaker Toru Kubota and others detained in Myanmar near the Foreign Ministry in Tokyo’s Kasumigaseki district on Oct. 17. (Yusaku Yamane)

Supporters of a Japanese documentary filmmaker imprisoned in Myanmar held a rally in Tokyo on Oct. 17, urging the Foreign Ministry to secure his release.

He was found guilty of incitement and two other charges. A court under the control of the military junta in October sentenced the freelance filmmaker to a total of 10 years in prison.

Protest organizers and participants in Tokyo’s Kasumigaseki district handed a letter to Foreign Ministry officials, asking the Japanese government to take action for the release of Kubota and all political prisoners in Myanmar.

Since the military seized control over the Southeast Asian country in a coup in February last year, many journalists and activists have been detained and imprisoned there.