Stonehenge in Gifu? No, columns for an expressway 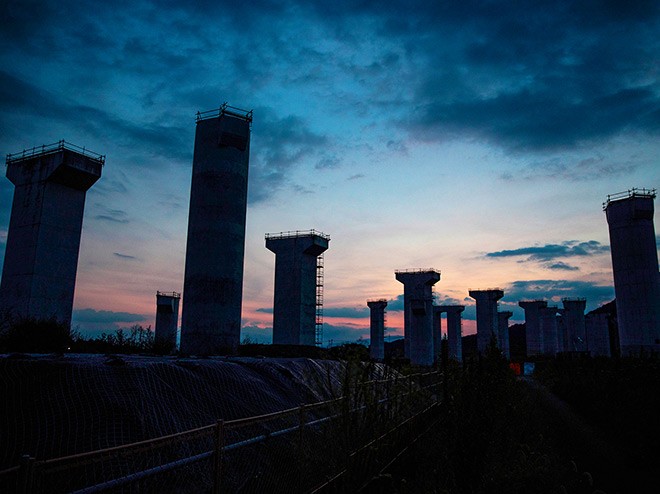 Columns for a proposed expressway interchange take on a prehistoric appearance at dusk. (Kazuhiro Nagashima)

Come dusk, an eerie sight emerges in a rustic part of northern Gifu Prefecture, what many refer to as the “Stonehenge of Gifu.”

Despite the prehistoric appearance, the structures are unlikely to survive millennia as the concrete columns are part of a proposed interchange for a loop expressway linking the three prefectures of Aichi, Gifu and Mie.

Users of Twitter and other social media have referred to the line of columns as Gifu’s Stonehenge because of the eerie appearance.

The proposed Gifu interchange will be completed along the section of the Tokai loop expressway linking Yamagata interchange with Onogodo interchange scheduled to open in fiscal 2024.