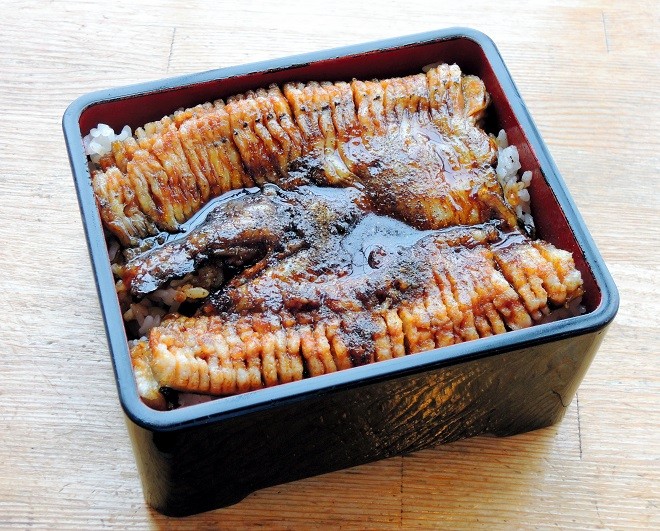 RAUSU, Hokkaido--Aside from its slimy feel, a type of conger eel called “kurohamo” doesn’t win any prizes in the looks department. Fishermen rarely found any use for the deep-sea fish when they landed up in their nets.

In short, the fish was generally regarded as unappetizing.

But that was before a local restaurateur developed a cooking method that has captivated diners across the country through word of mouth as a topping for “donburi” rice bowl dishes.

Kurohamo is now regarded as a more than passable alternative to Japanese unagi eel and whitespotted congers, which have sharply risen in price in recent years due to dwindling catches mainly caused by overfishing.

But as details about its life remains largely unknown, an expert is calling for more research to determine sustainable catches.

“With each passing year, kurohamo has become increasingly popular and is now our main offering,” said Koji Nomura, owner of Shiretoko Shokudo, a local restaurant that serves the “Kurohamo-don” rice bowl dish.

Many of those who order the dish for the first time are amazed by the hefty size and thickness of the kurohamo fillets.

Prepared in “kabayaki” style, in which the fish is sliced open flat, seasoned with sauce and grilled, the caramel brown-colored fillets are tender and melt in the mouth.

More importantly, the fish meat contains as much fat as that of eel.

Like “hamo” (dagger-tooth pike conger), a popular ingredient in Kyoto-style cuisine, the fillets are prepared with the “honekiri” technique to make small cuts in the flesh to slice through the spiny bones.

Kurohamo-don featured at some local eateries a dozen or so years back when Nomura opened his restaurant at a roadside rest area in Rausu, eastern Hokkaido.

He also added the dish to his regular menu, but it didn’t prove popular at first as customers were put off by the “slightly fishy” smell of the skin.

After cutting up the bones, he places the fillets on a griddle over hot coals, then adds moisture to make them tender before searing the skin with a burner to give them a crunchy texture. In a final flourish, Nomura adds a sauce, whose ingredients remain a closely guarded secret.

The dish has gradually gained popularity in recent years, and many customers are drawn to Shiretoko Shokudo simply for the Kurohamo-don.

Kurohamo caught off Rausu are officially called “irako anago” (Kaup’s arrowtooth eel), according to Keizo Yoshimura, head researcher and specialist in aquaculture science at the Central Fisheries Research Institute managed by the Hokkaido Research Organization’s Fisheries Research Department. The fish mainly dwell at depths of between 400 and 2,000 meters.

Reaching a length of about 1 meter, the blackish eel has a large mouth and preys on squid and other fish, eating them whole.

“I couldn’t grab it by the hand when I was younger because it looks like a snake and felt creepy,” recalled Kazumi Ishida, 64, a director of a local fishery cooperative association. “There was hardly any use (for kurohamo), and we could only throw them away or cook them for ourselves when we caught them. We hardly ever brought them to market.”

Kurohamo-don is also served at Jun no Banya in Rausu.

“It’s slimy and the knife gets slippery, so I have to put in extra effort in applying the honekiri technique,” said Seiichi Funaki 71, who operates the restaurant. “A number of my customers are regulars from Tokyo and other areas of the Kanto region. I’m glad to see its popularity is growing.”

Irako anago belongs to the Synaphobranchidae family of the order Anguilliformes.

Japanese eel, another member of the order Anguilliformes, is a perennially popular dish in Japan, especially in the sweltering summer heat, as it has a reputation for restoring vigor. It is eaten in kabayaki style.

But its population has drastically declined due to overfishing, ecological destruction of the riverine environment and other factors.

The International Union for Conservation of Nature included the Japanese eel in its list of endangered species in 2014.

Catches of “ma-anago,” or whitespotted conger, which is also a member of the order Anguilliformes and is used in a wide variety of dishes such as sushi and “nitsuke” (simmered fish), have also dramatically decreased in recent years.

Against this background, irako anago has come under the spotlight as a substitute for kabayaki and nitsuke dishes.

The fish is caught in abundance in Pacific waters off the Sanriku coast of the Tohoku region.

Packaged “ni-anago” (boiled anago) and other processed products have become a regular feature on the shelves of supermarkets in Tokyo, Osaka and elsewhere across the country in recent years.

However, Fumihito Tashiro, an assistant professor at Hokkaido University specializing in systematic ichthyology, offered a word of caution as the life expectancy, egg-laying sites and other details about the eel remain largely unknown.

“As it now stands, we have little knowledge of what sort of catch is sustainable. We need to study and thoroughly research things about its population and ecology to find an appropriate harvest control,” he said.