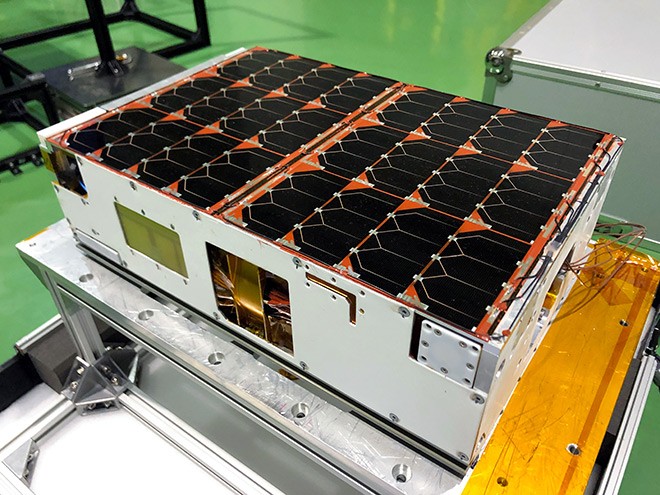 Communications and other problems with the Japanese space agency's Omotenashi probe have dashed hopes for the nation's first lunar landing.

The Japan Aerospace Exploration Agency said on Nov. 22 that it has been unable to establish stable communications with the moon lander from Earth and monitor its status.

The small probe successfully separated from NASA's Space Launch System rocket launched from the Kennedy Space Center in Florida together with the U.S. spacecraft Orion on the evening of Nov. 16 (Japan time).

The launch was conducted under NASA's Artemis 1, the first flight of the Artemis program, which is aimed at landing astronauts on the moon.

Omotenashi is a parcel-size probe measuring 37 centimeters by 24 cm by 11 cm, according to JAXA.

The probe’s solar panel continued facing away from the sun after its separation from the SLS rocket, and its body is rotating eight times faster than the agency planned, JAXA said.

The officials sent transmissions from Earth to correct the probe's position, but they said they don’t know if it corrected the problem because its battery power was running low.

However, the officials decided landing would be impossible since they didn’t see any improvement in communications with the probe and thus could not determine its operational status.

A successful landing of the Omotenashi would have made Japan the fourth country to put a spacecraft on the lunar surface, following the former Soviet Union, the United States and China.

A total of 10 probes were carried on the SLS rocket, with two of them being Japanese probes.

The other Japanese probe developed by JAXA and the University of Tokyo, called Equuleus, has continued flying smoothly and is heading to the far side of the moon. It will take about 18 months to reach a Lagrange point where the gravitational pull of the Earth and the moon are in equilibrium.