Delivery drivers in Japan to join solidarity protest against Amazon 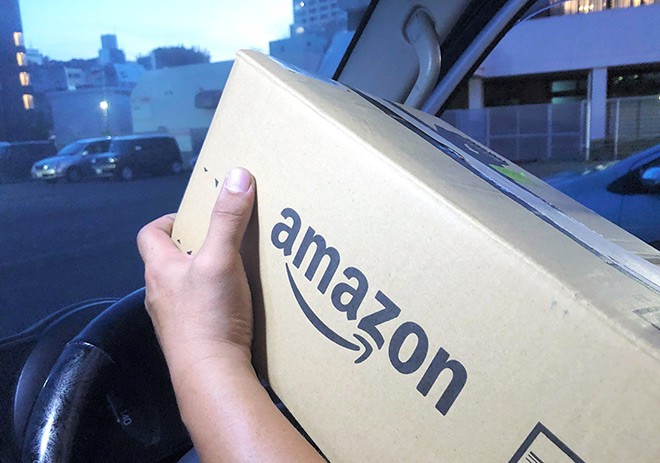 A protest rally in Tokyo on Nov. 25 will demand that Amazon.com provide better pay and shorter hours for delivery drivers in Japan who say their current working conditions are cruel and dangerous.

The demonstration in front of the main office of Amazon’s Japanese arm in the capital will coincide with Black Friday discount sales offered around the world in a show of solidarity with others working for the e-commerce giant.

The Japan Community Union Federation, an umbrella organization that supports unions of drivers who deliver parcels ordered through Amazon, announced the planned demonstration at a news conference in Tokyo on Nov. 22.

Members of both the federation and trade unions representing delivery drivers will join the protest.

“Working grueling hours has been rampant among drivers delivering Amazon packages,” Takeshi Suzuki, head of the federation, said at the news conference.

“We have received numerous complaints. Some drivers said they have no time to even go to a toilet to relieve themselves because they have so many packages to deliver,” he said. “They are concerned they may cause an accident one day if things remain the way they are now.”

Suzuki added that the federation wants to protect people’s right to work by collaborating with others beyond Japan’s borders, referring to Amazon’s recent move in the United States to lay off people in white-collar positions.

Black Friday deals first began in the United States and caused crowds of bargain-hunters to race for products and even fight each other at stores.

Online retailers, such as Amazon, are now offering their own Black Friday deals.

Most of the drivers who deliver Amazon packages in Japan work as sole proprietors under contracts signed with commissioned shipping companies.

Deliverers based in Yokosuka, Kanagawa Prefecture, and Nagasaki in Kyushu formed labor unions earlier this year to demand better working conditions from Amazon and the shipping companies.

They maintained they are effectively Amazon workers because their work is managed by an app provided by the retailer.

The federation will set up a hotline on Nov. 24 to hear the grievances of Amazon drivers between 6 p.m. and 10 p.m.