VOX POPULI: Politicians who taste power may refuse to ‘return to the farm’ 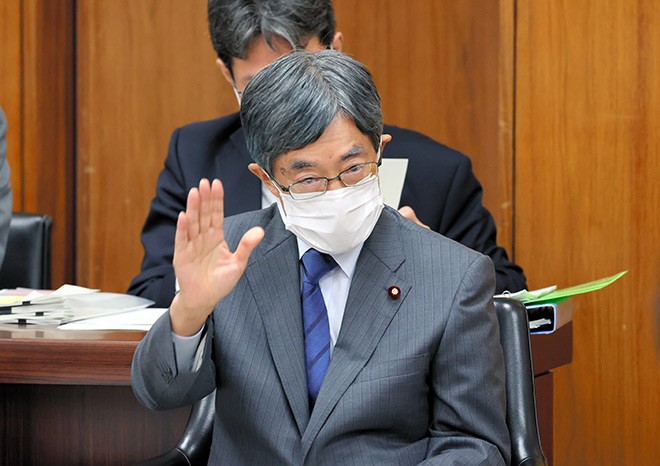 Lucius Quinctius Cincinnatus (c. 519 B.C. - c. 430 B.C.) was a Roman patrician, statesman and military leader who became a legend in his lifetime in fifth century B.C.

He was working on his own farm when a group of senators came calling and vested him with complete control over the state for six months.

Upon defeating a savage tribe threatening the Roman Republic, Cincinnatus immediately resigned and went back to his farm.

For his complete lack of personal ambition and his readiness to step down from his position of supreme power as soon as his work was done, Cincinnatus came to be known as an example of outstanding political leadership and integrity.

European politicians today may talk of “returning to the farm” when they decide to resign.

The polar opposite of such “ultimate graciousness,” I believe, is the disgraced former internal affairs minister Minoru Terada, who desperately clung to his Cabinet portfolio for six weeks until his resignation on Nov. 20.

When suspicions were raised in early October over a building rental fee, his words and actions raised eyebrows.

I was disgusted by some of his comments, such as, “There was absolutely nothing suspicious about this” and “I have received encouragement from people, and all I have heard from them was that they were quite impressed by my explanation.”

My biggest surprise was that every scandal he was suspected of being involved in had to do with his area of expertise.

If you are a former Finance Ministry official who has headed a tax office, can you cheat on taxes? And if you are a Cabinet member in charge of election-related matters and political fund control, can you take advantage of legal loopholes?

There was nothing gracious about Daishiro Yamagiwa, either, who resigned as state minister in charge of economic revitalization on Oct. 24. Just four days later, he was appointed as head of the Liberal Democratic Party’s COVID-19 task force.

Once a politician has held a Cabinet post, is it difficult to return to the farm?

Returning to Cincinnatus, about 20 years after his resignation, he was again vested with dictatorial powers, only to step down after 21 days.

Capable politicians with outstanding integrity are always in demand in any era. The grass that grows in legend is especially greener.