EDITORIAL: Woeful lack of leadership in responding to slew of scandals 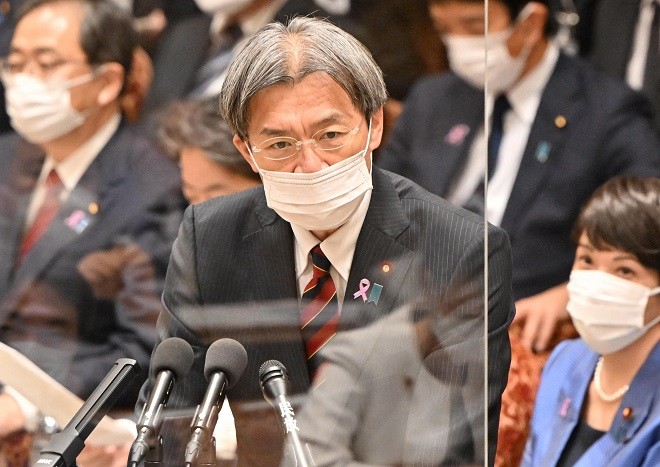 Three Cabinet members resigned within the space of a month due to scandals, and now another is facing a flurry of allegations concerning his election campaign and relationship with the Unification Church.

The situation raises serious questions about Prime Minister Fumio Kishida’s responsibility for his Cabinet picks. Kishida will see the already weak public support for his administration wane further if he continues putting the burden for responding to various allegations entirely on the politicians involved.

Reconstruction minister Kenya Akiba came under fire for running a “family business” by using two political groups he heads to funnel political funds to his wife and mother in the form of payments of office rent to them.

Akiba has also been hit by potentially damaging new allegations. During a Nov. 25 Lower House Budget Committee session, he faced questions about these allegations from opposition lawmakers. But he failed to offer meticulous and convincing explanations about them.

The online version of the Friday weekly magazine reported on Nov. 23 that two aides to Akiba received payments during the election campaign although they were not registered as campaign staff. The article’s headline suggested the minister may have effectively bought off his campaign staffers.

The report said Akiba paid 120,000 yen ($860) and 80,000 yen, respectively, to the two aides, whose regular salaries are covered by government funds, for their help with his campaign for the Lower House election last autumn.

The article said these payments may have violated the Public Offices Election Law, which allows politicians running for elections to pay related remuneration only to clerical workers and staffers working in campaign vehicles. Aides involved generally in election campaigns are not eligible to be paid for their work.

During the Budget Committee session, Akiba said the money was paid for their activities related to campaign vehicles, claiming the article was based on false information and inaccurate responses to reporters’ questions.

But when he was asked to submit dated records of their activities, Akiba declined on grounds that reporting such information to the election administration commission is not legally required.

“I do not intend to submit information I am not required by the law to submit,” he stated. His replies have a hollow ring, seeing as he had offered to provide a careful explanation.

In another revelation about Akiba, a political group headed by the minister made a payment of 24,000 yen to an organization affiliated with the Unification Church, formally known as the Family Federation for World Peace and Unification, according to political fund reports for 2021 released by the Miyagi prefectural election administration commission on Nov. 25.

The money was paid as a membership fee to the organization, whose office is in a condominium which also houses the Miyagi Prefecture headquarters of the International Federation for Victory over Communism, an anti-communist group affiliated with the Unification Church.

In a news conference after he was appointed to his ministerial portfolio, Akiba said he had never paid a membership fee to any organization related to the church. He made the same claim in response to a ruling Liberal Democratic Party survey of its members about their relations with the church as well as to an Asahi Shimbun survey on the topic.

During the Nov. 25 Budget Committee session, Akiba repeated that his office is working to clarify the facts. This raises doubts about whether he bothered to seriously investigate the matter before he made the claim.

Responding to an opposition lawmaker’s call for Akiba to be sacked, Kishida simply repeated that the lawmaker should offer “sincere explanations” himself.

Has he learned nothing from his mishandling of allegations against three other ministers, who he was eventually forced to belatedly dismiss after doing nothing but leave them to deal with the allegations on their own?

Kishida himself has been hit by allegations of irregularities in his campaign-finance report for the Lower House election last year.

An online article published by the weekly Shukan Bunshun magazine on Nov. 22 said the 270 receipts his office submitted to the Hiroshima prefectural election administration commission for his campaign-finance report after the election in October 2021 included many that did not cite the purposes for the payments or who paid the money.

Kishida can ill afford to retain ministers failing to fulfill their responsibility to explain their actions.