Prisoners on death row sue to end executions by hanging 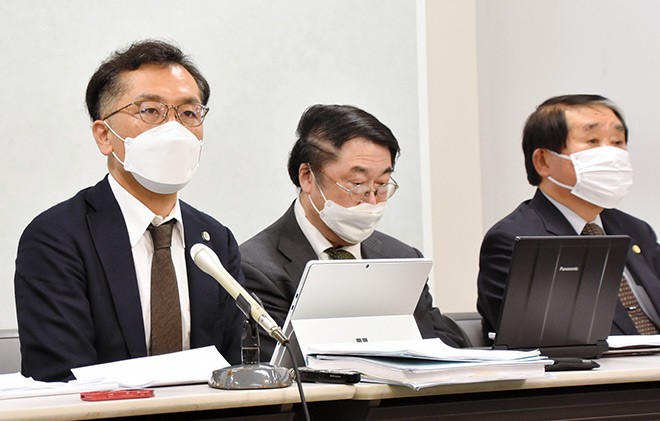 OSAKA--Three death row inmates filed a lawsuit with a district court here against the central government on Nov. 29, seeking an injunction to prevent their executions by hanging.

They argue that death by hanging is a painful and degrading form of capital punishment and that it violates Japan’s Constitution, which prohibits cruel forms of punishment.

The Criminal Law sets out that state executions in Japan are carried out by hanging, a practice performed since the Meiji Era (1868-1912).

But the plaintiffs argue the public does not know the brutal reality of what occurs when death row inmates are hanged.

The lawsuit said if the government insists the punishment is not cruel, it should prove it in court.

The plaintiffs, detained at the Osaka Detention House, said that after being hanged, inmates remain conscious and continue to feel pain and terror for up to several minutes.

They also argue it harms their dignity because the form of execution severely damages their bodies.

They argue it violates Article 36 of the Constitution, which states, “The infliction of torture and cruel punishments are absolutely forbidden.”

They also said it runs counter to the International Bill of Human Rights, which states, “No one shall be subjected to torture or to cruel, inhuman or degrading treatment or punishment.”

The Supreme Court's Grand Bench ruled in 1948 that execution is constitutional.

“Execution is not a cruel form of punishment prohibited under Article 36 of the Constitution, unless it is especially deemed cruel on humanitarian grounds in light of the times or the situation,” the ruling stated.

The Supreme Court's Grand Bench also ruled in 1955 that there is no reason to regard execution by hanging as especially cruel on humanitarian grounds.

In a similar case, other two death row inmates are suing the government over the practice of carrying out the executions the same day that the condemned are informed they will die.

The plaintiffs filed the lawsuit with the Osaka District Court in November last year, seeking 22 million yen ($158,800) in compensation.

They argue that the practice of notifying the condemned of their execution only on the morning of the same day does not give inmates enough time to contact lawyers to file an appeal against the execution order.

They argue the practice violates Article 31 of the Constitution, which states, “No person shall be deprived of life or liberty, nor shall any other criminal penalty be imposed, except according to procedure established by law.”