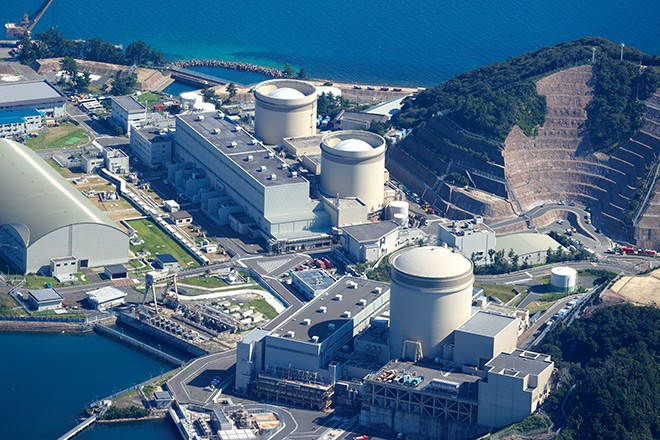 In a major policy shift, the Kishida administration is setting out on a program to build new nuclear power reactors to replace aging ones.

The initiative comes only three months or so after Prime Minister Fumio Kishida ordered debate on the proposal.

The administration is making the policy change without answering many questions about the reliance on nuclear energy. It should rethink this rash and reckless move.

The Ministry of Economy, Trade and Industry presented a draft “action plan” for recalibrating the future of nuclear power policy at a meeting of the Nuclear Energy Subcommittee of the Advisory Committee for Natural Resources and Energy on Nov. 28.

The draft plan calls for developing and constructing “next-generation innovative reactors” in addition to mobilizing resources for restarting offline reactors and making maximum use of existing reactors.

The government envisions first building such next-generation reactors to replace those destined to be decommissioned.

Since the accident at the Fukushima No. 1 nuclear power plant in 2011, the successive administrations have effectively ruled out the construction of new reactors in line with a policy based on the lessons learned from the disaster.

The government’s Basic Energy Plan has called for reducing the nation’s reliance on nuclear power “as much as possible.”

But the administration’s new policy to promote “reconstruction” of reactors would keep the nation heavily dependent on nuclear energy for several more decades.

The METI maintains that building new reactors is necessary for ensuring a stable supply of energy.

But it would take more than 10 years to build a new reactor. This could not be any solution to the energy shortage or soaring fuel prices occurring at the moment.

Continued dependence on nuclear power would raise serious questions concerning safety, economic efficiency and other challenges such as how to deal with radioactive waste.

But the government’s plan to rebuild reactors offers few clues as to how to tackle such issues.

The only next-generation innovative reactor that is expected to become technologically feasible in the near future is a conventional light-water reactor equipped with a new, better safety mechanism than the current one.

While the ministry stresses improved safety of these reactors, some experts say the new technology is not as innovative as it is touted to be.

It is also unclear whether the new technology will achieve the sufficient safety levels required for Japan, a nation highly prone to natural disasters.

In recent years, the costs of constructing new reactors have soared in other countries. Toshiba Corp. has fallen into a financial crisis because of its failed nuclear power business in the United States.

The costs of developing and building new reactors would probably be too high for private-sector businesses to cover on their own.

The METI also admits the cost situation and says it will consider public financial support and a new system to secure stable revenue flows for nuclear plant operators.

But providing massive assistance to businesses with poor economic efficiency could end up placing ever-growing financial burdens on the public.

The METI’s plan offers no specific ideas for disposal of radioactive waste and the stalled nuclear fuel recycling program although it promises to step up efforts to deal with such problems and enhance government support.

But these issues require specific and viable strategies that go beyond simple promises to do more.

Some members of the Nuclear Energy Subcommittee called for careful and exhaustive debate on the proposal, but their voices have been ignored.

The government intends to decide the new policy by the end of the year. But such a radical policy shift without any achievable plan to deal with fundamental challenges would leave serious problems for the future.

The government should return to the policy of steadily reducing dependence on nuclear energy while promoting the use of renewable energy as the guiding principle for its efforts to push the nation toward a low-carbon future with energy self-sufficiency.