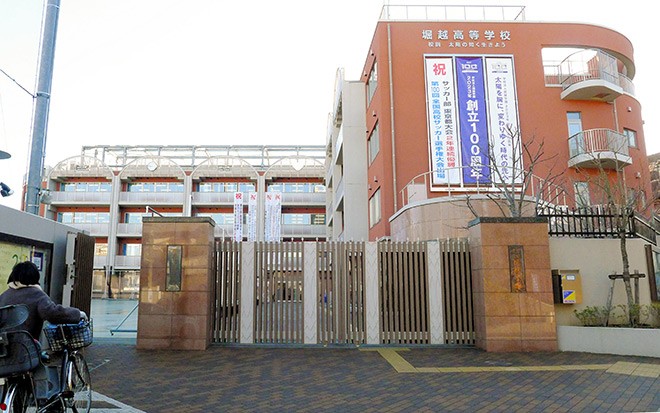 The Tokyo District Court ordered a celebrity-producing high school to pay about 980,000 yen ($7,200) in compensation to a former student who was effectively expelled because of her relationship with another student there.

The ruling on Nov. 30 said the “no dating” rule at Horikoshi High School in Tokyo’s Nakano Ward was reasonable, but the punishment against the plaintiff for violating the rule went too far.

According to court documents, the problems arose when the plaintiff was a third-year student at the school in November 2019.

She had received a recommendation letter for admission to a university, but the school annulled the letter after learning that she had violated a school rule that bans “dating between particular men and women.”

The high school also told her to voluntarily drop out.

The student dropped out and transferred to a correspondence course high school. She also attended a cram school and took the general college entrance exam.

She demanded about 7 million yen in compensation from the Horikoshi High School operator in her lawsuit.

Her lawyer argued that the school rule “is a blanket ban on dating, including relationships based on sincere romantic feelings.”

The lawyer urged the court to invalidate the rule, saying, “It is irrational even if consideration is given to freedom of private school education.”

The student’s academic performance at the school was solid, and the school’s actions of forcing her to drop out were too severe and illegal, the lawyer said.

Horikoshi High School is known for offering courses geared toward people seeking careers in the entertainment and sports industries. Many show-business personalities in Japan have graduated from the school.

The ruling said the student was informed of the ban on dating before she entered the school.

The court also said the rule was “reasonable and valid” because it followed the school’s educational philosophy and policy of having students dedicate themselves to studying and other pursuits.

But the ruling said the plaintiff’s violation of the rule was “not heinous,” and the school could have avoided administering a punishment that was virtually a forced expulsion.

Considering the student’s positive attitude toward school life, applying such a formal penalty was “an illegal judgment and went beyond the educational discretion of the school,” the ruling said.