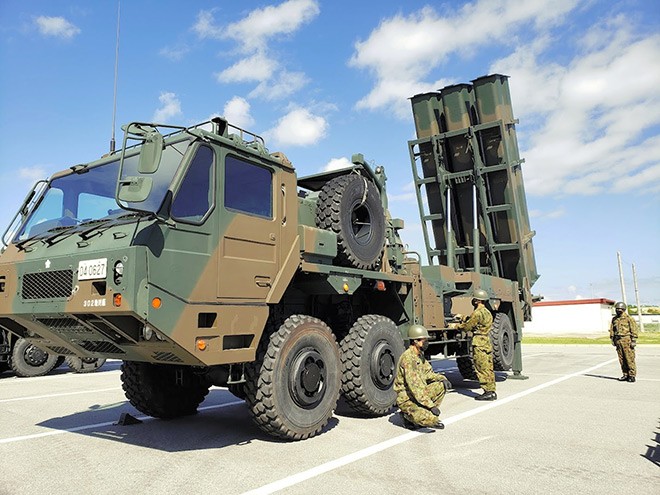 Junior coalition partner Komeito ended its long reluctance and agreed with the ruling Liberal Democratic Party that Japan needs to possess the capability to strike enemy bases that are preparing to attack.

Although a few minor details must still be hammered out, the agreement reached on Nov. 30 will be reflected in revisions of three defense documents the government plans to complete by year-end, including the National Security Strategy.

In the months of discussions on the issue, Komeito lawmakers raised concerns that Japan might violate international law by carrying out a first strike with the new capability.

They now appear satisfied that the major points have been covered and will approve the specifics laid out by government officials at a meeting on Dec. 1.

The agreement, however, stopped short of clarifying what constituted an enemy preparing to launch an attack against Japan. It also did not identify the potential targets of the new strike capability.

LDP officials had argued that including such specifics would reveal Japan’s defense strategies to potential enemies, so the agreement was left vague.

Wording in the agreement effectively calls for case-by-case consideration on whether an enemy is about to launch an attack.

Lawmakers from the two parties confirmed in their Nov. 30 meeting that possessing the strike capability would serve as a deterrent to such enemy nations.

Having the capability would fundamentally alter Japan’s role in the defense alliance with the United States.

Until now, Japan focused on serving as the “shield” while the U.S. military would be the “spear” attacking an enemy.

The strike capability would, in effect, allow Japan to also serve as a spear.

Actual use of the capability would have to follow procedures in place for actions by the Self-Defense Forces to counter an attack against Japan or deal with an attack on an ally that threatens the very survival of Japan.

While the Cabinet would have to approve the use of the new capability, Diet approval can be given ex post facto if the government is pressed for time to take action

LDP and Komeito lawmakers are scheduled to meet again on Dec. 2 when the capability will receive formal approval.