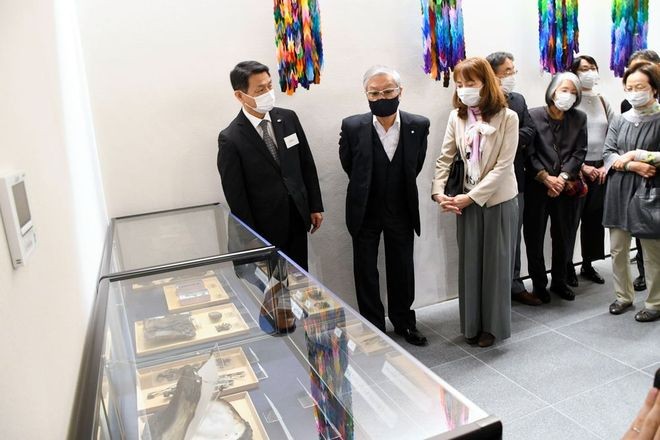 The passengers in the van were six men and women in their 20s who shared a residence.

They had gone for a drive in the middle of the night and soaked in a hot spring bath at dawn. They were on their way back home after looking at Mount Fuji from close-up.

Perhaps some of them were having a sweet slumber in the van. Others may have been leaning against the windows, picturing the future to themselves.

Moments later, the van was crushed, twisted and hideously burned. Yohei Kobayashi’s cellphone was melted by the flames and turned into a lump.

Documents were left stuck to a charred bag that once belonged to Yuri Ishikawa. They were for a meeting at her company and showed the printed letters “Dec. 2.”

I looked at these mementos of the tragedy at the Anzen Keihatsu-kan (safety education hall) of Central Nippon Expressway Co. (NEXCO Central) in Hachioji, western Tokyo.

Slipshod safety checks resulted in the loss of nine lives in three vehicles that happened to be traveling beneath it.

The safety education hall opened last year so as not to allow lessons of the tragedy to fade away.

In the hall is a book in which the mother of Wataru Ueda recalls, after the accident took his life, the moments when she gave birth to him and took him into her arms for the first time. Her eyes fell on the baby’s tiny fists.

“I fixed my gaze on them in spite of myself because his nails were so similar in shape to my own,” she says in the book. “The delight made my heart tremble.”

That passage left me motionless, struck by the depth of her affection.

Her son would have stayed by her side as life went on. She did not want to accept his death. Memories of casual scenes would flash across her mind.

“What should I be doing for another day today?/ I opened the window to look at trees in the yard/ And was chasing after memories,” so goes a tanka poem by Wataru’s grandmother.

Time probably stood still for all 10 years for the bereaved family members.

Sorrow surges in and out like waves. I give thought to the length of the time it will still take before the sea is calm again someday.