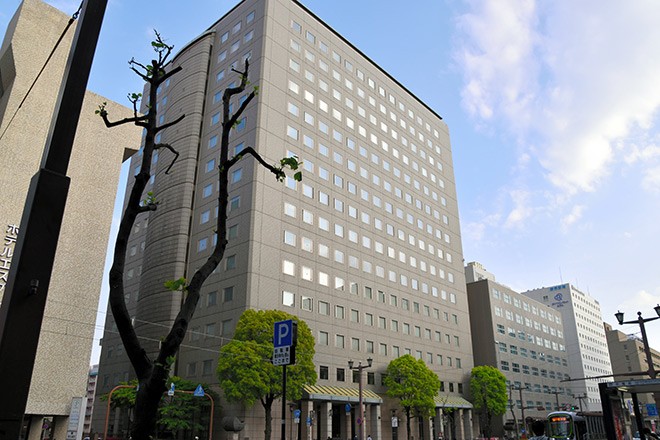 Chugoku Electric Power Co.’s main office building in Hiroshima. The utility is suspected of violating the Anti-Monopoly Law by forming a cartel with a competitor. (Asahi Shimbun file photo)

The Fair Trade Commission notified three regional utilities that it plans to slap them with a surcharge of about 100 billion yen ($737 million) over suspicions they formed cartels that ended competition for lucrative corporate customers.

But the apparent mastermind behind the alleged anti-competitive schemes may avoid getting hit with fines in the end.

The FTC is set to impose an administrative punishment by the end of the current fiscal year in March after hearing from officials from those companies, the sources said.

Osaka-based Kansai Electric Power Co. is at the heart of the anti-competitive behavior. It had formed one-on-one cartels with Chugoku Electric, Chubu Electric and Kyushu Electric, according to the sources.

The cartels apparently formed in autumn 2018 and lasted until around October 2020.

But Kansai Electric will likely avoid the surcharge, as it voluntarily reported the matter to the FTC before April 2021, when anti-monopoly authorities conducted an on-site inspection over the case.

Surcharge payments are reduced or waived for a company that voluntarily discloses its own involvement in a cartel or bid rigging to the trade watchdog.

The utilities agreed not to compete for customers beyond their traditional jurisdictions, where they used to serve as monopolies before the electricity market was fully opened in 2016.

The full liberalization of the market was expected to lead to a drop in electricity rates and an increase in services.

According to officials with the companies involved, Kansai Electric officials contacted executives of those companies to suggest the pact. They said they should “respect each other” and condemned the full market liberalization.

Asked about their responses to the FTC, Chugoku Electric and Chubu Electric said they will carefully weigh their options, while Kyushu Electric said it will take the matter seriously and fully study the contents of the notice.

Kansai Electric said it will refrain from answering questions about whether its executives were involved in the cartel and about the contents of its voluntary report to the FTC.