VOX POPULI: Olympics’ seamy side unfolded behind what is caught on film 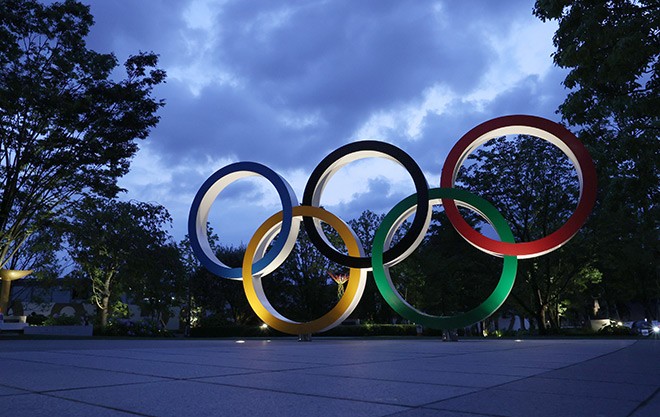 I watched the official film of the Tokyo Olympics, directed by Naomi Kawase, on DVD.

It has an unusual two-segment format.

“Side: A” features athletes, including a marathon runner who brought her baby and a Syrian refugee. “Side: B” depicts executives of the organizing committee, staff members and citizens.

Kawase is said to have shot 5,000 hours of footage.

The Tokyo Olympics were rocked by the novel coronavirus pandemic, the decision to postpone the Games for one year and citizens protesting about holding them amid such a public health crisis.

The DVD package says the documentary is designed to “exhaustively convey everything that occurred (inside and outside event venues) for future generations.”

That is apparently why it runs more than four hours when the two segments are combined.

But there is something that even Kawase failed to see and record--the deep darkness of corrupt money linked to vested interests over the Games.

No sooner had the investigation into a bribery scandal concluded than fresh allegations surfaced about bid-rigging for test events involving the organizing committee.

Investigators from the Tokyo District Public Prosecutors Office have searched the offices of advertising agencies over the allegations.

There is an impressive scene in “Side: B,” in which Nomura Mansai, an acclaimed actor in “kyogen,” a traditional form of comedic theater, speaks about the difficulties of carrying on a cultural tradition.

Nomura was tasked with orchestrating the Opening and Closing ceremonies of the Olympics and Paralympics featuring Japanese culture, but he later resigned from the chief executive creative director’s post.

Nomura’s words now sound like a warning to the organizing committee and Dentsu Inc., the advertising giant implicated in the Olympic scandals.

The documentary--if it is designed to “exhaustively convey everything”--needs another segment, “Side: C,” to portray individuals and organizations driven by greed and money.

The fear is the third segment could become much longer than the first two.