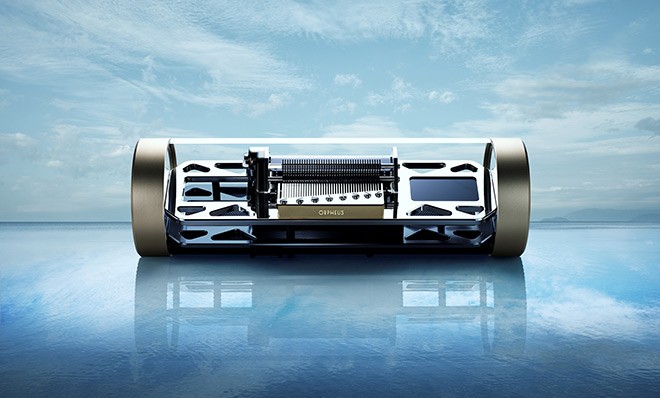 For the man who has everything, NIDEC Sankyo Corp. has refashioned the nostalgic music box into a 21st-century showpiece for well-heeled audiophiles.

The electronic component manufacturing company, based in Shimosuwa, Nagano Prefecture, has released a music box designed by a renowned car designer that can play 150 songs. It has a price tag of 1.43 million yen ($10,650) including tax.

An NIDEC Sankyo representative said the main target demographic of the Kanata music box is men in a high-income bracket because of its design.

“On the back of a trend of returning to analog and others, we have placed the music box as a strategic product to revive the market,” the representative said.

NIDEC Sankyo, which was established in 1946, is located in Shimosuwa, where many precision instrument makers are located.

Since 1985, the company has manufactured a luxury music box series called the Orpheus.

The Kanata is one of the products in the Orpheus series and is equipped with next-generation mechanics.

According to a representative of the company, typical music boxes make a sound when the tuned teeth of a steel comb pluck protruding pins fixed on a revolving circular disc or cylinder.

But in the Kanata, protrusions installed inside a music box move in accordance with the digitized data of a song.

With 40 teeth of a comb to snap the protrusions, the Kanata can play various sounds for a longer duration.

Kiyoyuki Okuyama, an industrial designer who is originally from Yamagata and has worked on designing Ferrari automobiles and Shinkansen bullet trains, designed the music box.

The Kanata’s wooden resonance board, which intensifies sound, was designed by Tendo Co., a furniture company in Tendo, Yamagata Prefecture.

The Kanata is available at the company’s Suwanone Museum in Shimosuwa, department stores in Tokyo, as well as the company’s website:  (https://www.nidec-sankyo.co.jp/orpheus/kanata/).