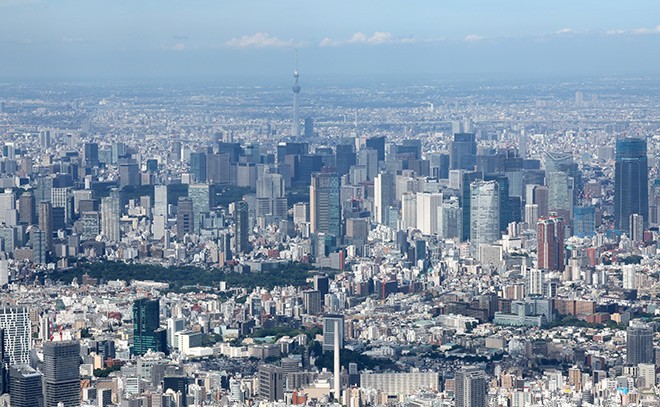 More than half of major companies assess that Japan’s economy is not improving, according to an Asahi Shimbun survey. (Asahi Shimbun file photo)

More than half of leading companies in Japan believe the economy has stalled or is slowly contracting because of rising prices and sluggish consumer spending, an Asahi Shimbun survey found.

The survey was conducted between Nov. 14 and 25 on 100 major companies. The Asahi carries out two such surveys a year, in spring and autumn.

Forty-six companies in the latest survey viewed the economy as flat, up by nine from the previous survey conducted from May 30 to June 10.

With seven businesses feeling that the economy is slowly shrinking, 53 companies overall gave pessimistic assessments of the economy, compared with 38 in the spring survey.

The number of companies that feel the economy is slowly expanding fell to 46 from 59 in the previous survey.

No company assessed the economy as on a steady growth path, although there were two such companies in the May-June survey.

Asked to provide up to two sources of concern for the economy, 59 companies cited rising prices of crude oil and raw materials in the November survey.

The second most common concern was flagging consumer spending, cited by 34 companies, more than double the figure in the previous survey.

Atsushi Katsuki, president of Asahi Group Holdings Ltd., which is in the food and beverage industry, said the prices of goods will likely continue to increase in the coming months.

“Many companies have yet to fully pass the surge (in fuel and raw material prices) on to consumers,” he said.

“Consumers will tighten their purse strings out of fear of a squeeze on their household budgets,” he said.

The survey also found that 24 companies are concerned about the U.S. economy, a threefold rise from the previous survey.

Japan’s economic recovery could stall if the U.S. economy falters as a result of the Federal Reserve’s significant interest-rate hikes to combat inflation.

But 46 companies in the Asahi survey estimated that Japanese economy is on a recovery course because COVID-19 pandemic-related restrictions on movement and other activities have been lifted.

(This article was written by Kanako Tanaka and Fumiko Kuribayashi.)