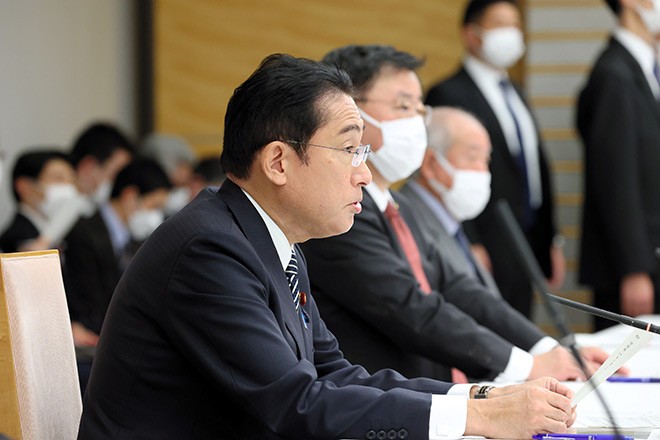 Prime Minister Fumio Kishida is calling for a tax hike of 1 trillion yen ($7.4 billion) by fiscal 2027 to pay for Japan’s massive defense buildup.

Now comes the hard part for the government: choosing which tax to increase, where to set the new rate and what the time frame will look like.

But the largest faction in the ruling Liberal Democratic Party once led by the late Shinzo Abe is not about to make that process easy. Seiwa Kai members expressed staunch opposition to the hike at a meeting on Dec. 8.

Kishida has given hints of where this is headed, though. He said he is considering a gradual tax hike that would raise the additional 1 trillion yen by fiscal 2027 and that individual income tax rates would not be increased.

That leaves corporate taxes as the likely target.

But an LDP executive pointed out that a corporate tax hike would get in the way of another goal set by Kishida: having companies raise salaries.

And the prospect has rankled the business community.

Keidanren (Japan Business Federation) Chairman Masakazu Tokura said on Dec. 8 that any tax hike should be implemented widely and equally, rather than focusing only on companies.

Not long before Kishida announced the new figure, government officials explained to the ruling coalition that they would have to make full use of four revenue sources--one of which is tax increases--to come up with the 17 trillion yen or so in additional defense spending over the five-year period between fiscal 2023 and fiscal 2027.

The Kishida administration has said for months that its eventual goal was to raise defense spending to 2 percent of gross domestic product, a similar level of NATO member nations, but only recently has it given the ballpark price tag: 43 trillion yen over five years.

The tricky part of figuring out how to hike taxes to pay for higher defense spending now lands at the feet of the ruling coalition’s Research Commission on the Tax System.

But the swift opposition that has emerged from ruling coalition lawmakers and the business sector will only make it more difficult for the tax commission to come up with specific details before year-end.

Administration officials were already saying that any tax hike would not likely be implemented before the end of fiscal 2024, given that an Upper House election is scheduled for the summer of 2025.

(This article was written by Akiyoshi Abe and Kuniaki Nishio.)