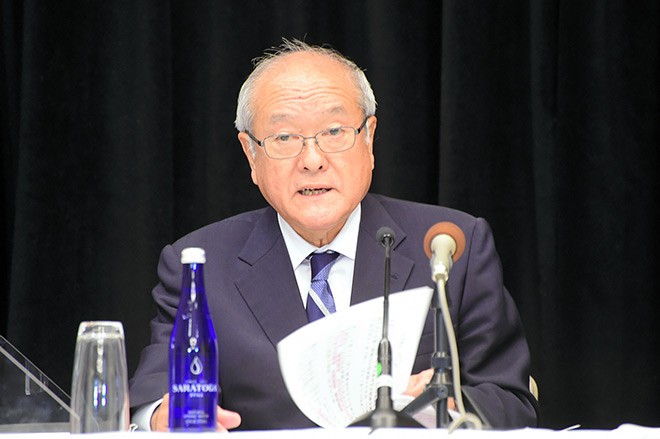 Japan must stick to its target of a primary budget surplus by the 2025 fiscal year, Finance Minister Shunichi Suzuki said on Friday, even as a planned increase in defense spending raises the specter of worsening already dire public finances.

“It’s true, that’s a lot of money,” Suzuki said, referring to a plan for 43 trillion yen ($315.46 billion) in defense spending over the next five years.

“But we must stick to the aim of achieving a primary budget surplus by fiscal 2025,” Suzuki said when asked about how increased defense spending may affect Japan’s fiscal target.

Japan aims to achieve a primary budget surplus, excluding new bond sales and debt servicing costs, by the end of the 2025 fiscal year, in March 2026.

“Fiscal discipline must be maintained,” he added.

Prime Minster Fumio Kishida told ruling coalition tax chiefs on Thursday to work out a plan by the end of the year for increasing taxes to fund defense spending.

Kishida’s government is considering raising taxes in stages after fiscal 2023 and towards 2027 to help fund a plan to secure funding for the planned 43 trillion yen in defense spending for the five-year, mid-term defense plan.

After fiscal 2027, the government will need to earmark additional spending worth 4 trillion yen a year, of which some 1 trillion yen would be paid by tax increases.

“It’s important to gain consent from the public as we are going to ask them to shoulder the burden,” Suzuki said.

He brushed aside the possibility of issuing additional debt.

Instead, the government would focus on reforming spending and tapping unused budget and non-tax revenue and put them together in a pool of funds for strengthening defense.

Kishida has announced plans to lift defense spending to an amount equivalent of 2 percent of gross domestic product within five years, from 1 percent now.