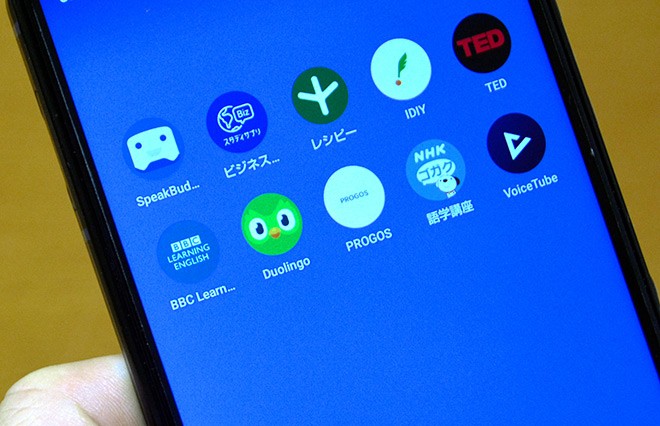 Icons of apps for language learning on a smartphone (Yasuyuki Onaya)

People in Japan spent the longest time on Duolingo's free language-learning app among users from around the world, the company announced on Dec. 7.

Duolingo Inc., based in Pittsburgh, Pennsylvania, released the “Duolingo Language Report 2022” after analyzing its user data, which was based on 500 million or more people around the world from October 2021 to September 2022.

People in Japan led the average time spent on language learning, followed by users in Belarus and Hungary, according to the report.

The company did not disclose how many hours, however.

Of 5,134 language learners in Japan, 50.6 percent said they “rarely spend money” on learning a language.

Using videos and apps were popular among them for learning, the company said.

Most users in Japan study English, followed by Korean and Chinese.

Since the Russian invasion of Ukraine in February, more than 1.3 million Duolingo users have started learning Ukrainian, the company said.

Within a month from the invasion, the number of people in Japan learning Ukrainian increased 18-fold.